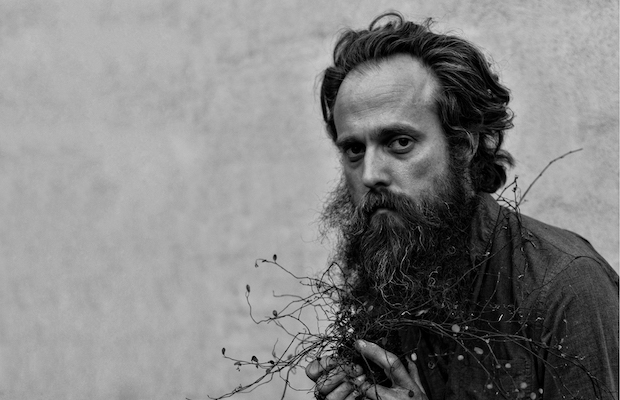 The live alias of modern indie folk icon Sam Beam, Iron & Wine found prominence in the early ’00s, and has continued to rise in stature, craft new music at a prolific clip, and maintain a cult following ever since. Raised in South Carolina, Beam attended college in Virginia and Florida, studying art and film, and spent time as a professor before transforming years of a songwriting in a viable musical career, eventually attracting the attention of taste making label Sub Pop, who released his debut LP in 2002, and  launched a decade and a half run that has made Iron & Wine a beloved and enduring musical figure.

It was 2004’s sophomore effort, Our Endless Numbered Days, that brought broader attention and critical acclaim to the project (often stripped down and acoustic, though regularly fleshed out with backing players), and, the same year it was released, a cover version of The Postal Service’s “Such Great Heights,” originally a b-side, found its way onto the Garden State soundtrack and a national commercial, widening Iron & Wine’s crossover appeal. 2007’s The Shepherd’s Dog proved to be another instant classic, and helped cement Beam as widely heralded songwriter, touring the world, finding prominent musical placements and collaborations, and becoming a regular fixture on the festival circuit.

After a few years of collaborative efforts (notably, records with Ben Bridwell and Jesca Hoop), Iron & Wine released their six full-length and first proper LP in four years, Beast Epic, in 2017, marking a return to a more simplistic, deconstructed presentation and personal style. Beam appeared at Third Man Records last fall in support, and was set to perform at Live on the Green as well, before ultimately getting rained out. Tonight, Nov. 12, Iron & Wine finally make a larger return to Music City, to headline The Ryman, an absolutely perfect space for the group’s folky, understated style, promoting both Beast Epic and recent followup EP, Weed Garden, which features tracks worked on for the album, that were later finished and recorded.

Chicago indie rock duo OHMME kick things off, so we’d certainly suggest arriving early, and a handful of tickets are still available (including some pretty great seats), so snag ’em here while you still can!