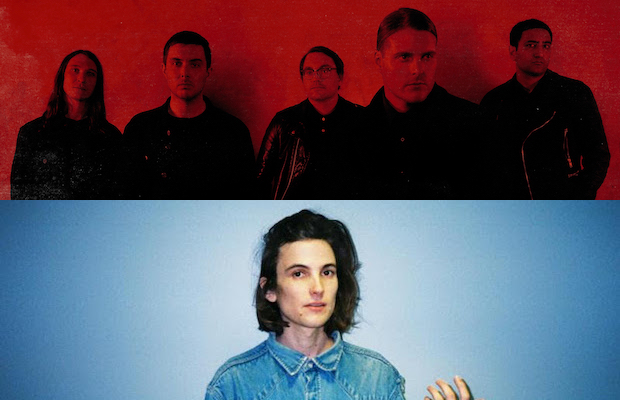 Out on the road in support of their phenomenal, recently-released fourth album Ordinary Corrupt Human Love, genre-bending, artsy San Francisco black metal meets post-metal meets shoegaze outfit Deafheaven return to Mercy Lounge tonight, Oct. 28 as part of a of co-headlining run with Brooklyn dreamy, shoegaze-y, indie rockers DIIV, a bit of an unlikely pairing, but one we love (and one that makes more sense the deeper you dive into both groups).

While they just played Nashville last year, Deafheaven’s headlining shows in Music City have been fairly intermittent over the years, since first breaking out with their critically-acclaimed 2013 effort Sunbather. DIIV, largely the musical vehicle of frontman Zachary Cole Smith, last played Nashville in 2016, shortly after the release of their sophomore LP Is the Is Are. The road to that release was notoriously troubled, and there’s been a but of turbulence since, but the band have seemingly been focused and ramping up activity again as of late, hopefully meaning we’ll get some new music sooner than later.

We’d be beyond excited about either of these bands alone, but together, this is looking like one of the most essential shows of the fall, especially with Io Echo’s Ioanna Gika, who’s prepping to release her synthy, indie solo debut, tapped to open, bringing even more range and weirdness to this phenomenal bill. Grab tickets here while they last (we won’t be surprised if it sells out before this evening), then preview all three performers below!