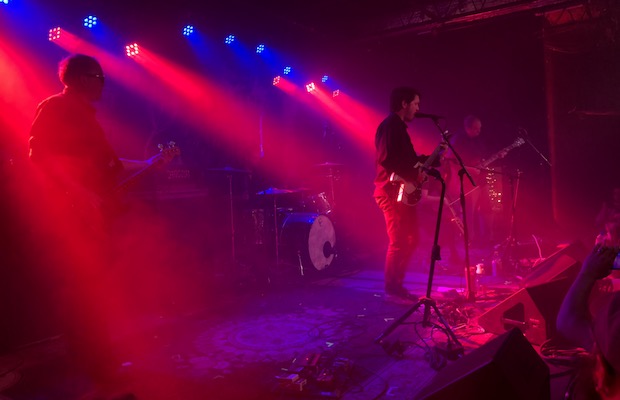 While frontman Tim Kasher has returned more recently for a couple of solo performances and a run with his other beloved project, The Good Life, it’s been more than six years since Kasher and his long-running Omaha indie, emo, and post-hardcore group Cursive last played Music City (with Minus the Bear, who, coincidentally, also recently passed through town on their farewell tour). Six years is also how long it’d been between albums, 2012’s I Am a Gemini and inspired new effort Vitriloa, which, for a band who’ve been on an every three year schedule since the turn of the century felt like an eternity. But as it turns out, a little time to reflect and craft a fresh approach is exactly what Cursive needed, now more than 20 years into their run, boasting not just their best record in years, but also a palpable excitement and renewed energy at their recent performance at The Basement East with Meat Bodies and Campdogzz. We swung by to check in on a longtime favorite, and were treated to the best Cursive show we’ve seen in a decade.

Running a little late, I unfortunately missed out on a opener Campdogzz, a Chicago indie act signed to Cursive’s own 15 Passenger label. At this point in their career, Cursive seem well past picking openers for any strategic gain, and clearly hand selected both supporting acts as genuine fans. Campdogzz’ recent sophomore effort In Rounds is really stellar, and I’l definitely be keeping an eye out for their next Nashville outing. Like Campdogzz, Meat Wave are a group who compliment Cursive but definitely have their own flair, and the few songs I caught from the Chicago outfit had a really cool, modern punk and post-punk bent. I could immediately see why Kasher is into this group; they almost sound like what I’d imagine Cursive sounding more like if they were just coming up today, and the energy and scrappy vibe of the band was a perfect primer the rest of night.

Cursive’s last show in Nashville holds a particularly sentimental place for me, because it was one of the first shows I attended after moving here. I was in high school when The Ugly Organ was released, and as an emo loving punk kid, it really was a seminal effort in helping expand my taste, anchoring to a style and presentation I found immediately accessible, while pushing into more emotional nuance and sonic exploration than a lot of what I was listening to at the time (ditto for basically the entire Omaha and Saddle Creek scene of the early to mid-’00s). That’s the version of the band I’ve always held the most nostalgic and sentimental, but, unlike many acts of that era, Cursive never really slowed down or disappeared, and while The Ugly Organ remains perhaps their pinnacle, they’ve crafted countless incredible albums in the 15 years since.

I’ve remained a fan all of these years, but the sentimentality of what Cursive means to me now really hit as they took the stage, still the unassuming midwesterners they’ve always been, greeted by a shockingly enthusiastic (and younger and more gender diverse than expected) crowd, who seemed to be feeling the same wave of nostalgia. With a perfect voice, cool delivery, and sustained lighthearted approachability, Kasher and the rest of the group, precise as ever (seeing Clint Schnase on the drums for the first time in a decade was a particular treat), launched into a lengthy, fan-geared set with selections that perfectly paid homage to where they’ve been, while keeping one foot firmly planted in the new (and with such a solid new album to pull from, I was perfectly content). 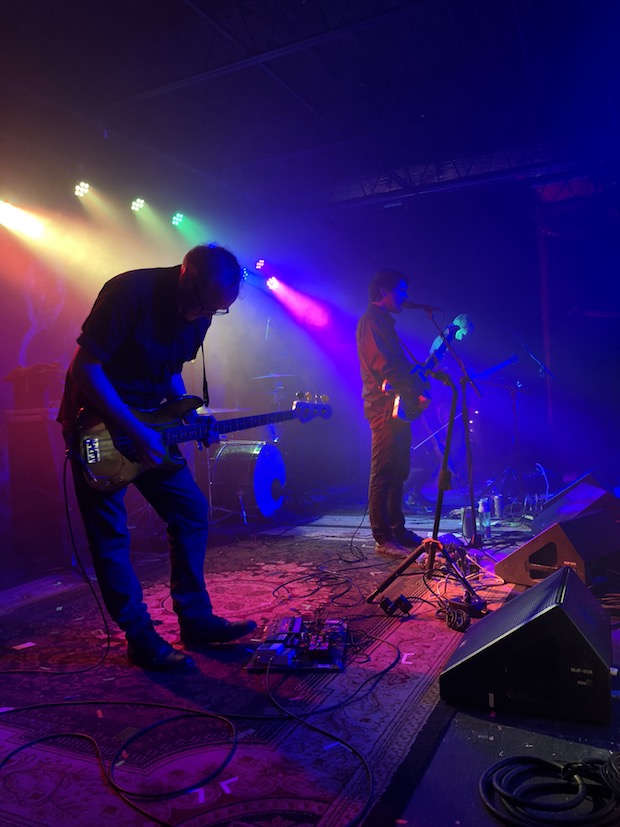 “Every song you want to hear, I hope we play it,” Kasher told the audience at one point, promising a wide spread of familiar and decades-spanning tunes. After kicking off with “Free to Be or Not to Be You and Me,” the hard-hitting opener of Vitriola, before taking it back to “The Casualty” and “A Gentleman Caller,” from the band’s two best-known early albums, to the audience’s wild delight, the set alternated between newer tunes like “The House Alive,” “Ouroboros,” and “It’s Gonna Hurt,” and now-classics like “Art Is Hard,” “The Recluse,” “Big Bang,” and “The Martyr.” I’m sad I missed out on the shows where they played The Ugly Organ in full a couple years ago, but was thrilled to find that that LP still made up about as much set as their latest, and while those tunes like “The Recluse” have been played to death (both by the band and in my listening rotation), they still destroy me with the same resonant, sad, emotional gut-punch they did when I was 15. And of course, closing with “Dorthy at Forty,” “Under the Rainbow,” “From the Hips,” and “Staying Alive” was perfect.

If anything, I’ve found that Cursive only seem more relatable as I get older, rediscovering new layers of feeling and experience in their old work, and aging alongside their latest. When last I saw the band, I could still claim to be in my early 20s, and now as a 30-something lifelong punk fan, their fusion of raw, emotional songwriting with musically adventurous and punk rooted compositions speaks to me even more directly, certainly more than as an awe-struck teenager first attracted to their brash melancholy. I’m not sure if it’s time or nostalgia or an infrequent Nashville touring scheduling, but I was thrilled to see such a packed house and passionate crowd there to appreciate a band I feel have never gotten as much attention as they deserve, and Cursive, who I hope keep at this forever, couldn’t be a better beacon for why I still love the era of music they helped define in such high regard. This was certainly the best performance I’ve seen them play in years, and I hope this renewed creativity and passion pushes forward for many more to come!