Hear Striking Matches’ New Single “Nah!,” Watch Their All-Guitar Kanye West Cover, Then See Them TONIGHT at The High Watt with The Brummies 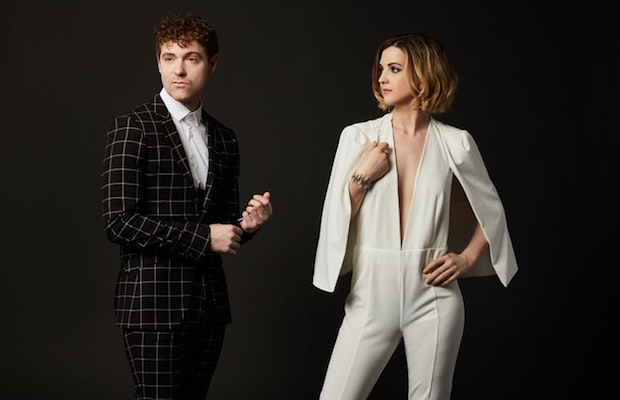 Though they began making music together after meeting in a Belmont guitar seminar just over a decade ago, local duo Striking Matches first found widespread attention through ABC’s Nashville, which, from its very first season, featured a number of their original tunes performed by the show’s cast. After landing on the newly-relaunched I.R.S. Records (and since transitioning to its parent label, Capitol), the band teamed up with legendary producer T. Bone Burnett to craft their phenomenal, critically-acclaimed debut LP, Nothing But the Silence, in 2015, and have since toured the globe and attracted a widespread following, heralded for their technical chops and expansive, genre-bending sound.

Though Striking Matches have long orbited the country sphere (bolstered, of course, by Nashville associations), they’ve never quite been a conventionally country band, adopting a sound that pulls just as much from folk, blues, pop, and alternative rock. With last year’s Shameless EP, their stylistic evolution made an even more drastic leap, taking on a technical, energetic, electric blues pop bent with tons of crossover appeal. And released just last week, new single “Nah!,” which debuted on hit show Grey’s Anatomy, is perhaps the band’s catchiest work ever, sonically channeling the poppier side of blues rock acts like the Black Keys, and begging to be listened to on repeat.

Tonight, Oct. 5, Striking Matches are set to play a hometown headliner at The High Watt, along with fellow local favorites The Brummies. The latter, as you may recall, are something of a new incarnation of country-adjacent duo John & Jacob, tapping into an affinity for retro, psychedelic rock and soft indie folk with their phenomenal debut LP, Eternal Reach. Either one of these bands would be a highly-recommended outing, but together, this is without a doubt a must-see show! Grab tickets here while they last, hear Striking Matches’ new single below, and check out their recently released video for an all-guitar cover of Kanye West classic “Gold Digger,” which showcases the band’s unbelievable guitar chops and musical inventiveness!

TWiN | This Weekend in Nashville | October 5-7