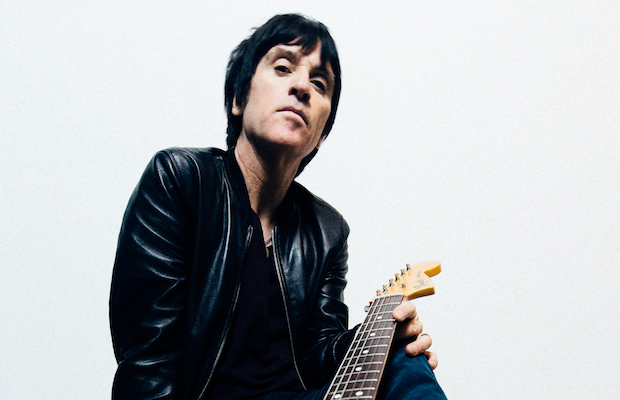 Legendary Smiths guitarist (and subsequent member of Modest Mouse, The Cribs, The The, and so many other projects) Johnny Marr has, after decades of various musical endeavors, been devoting his focus to a solo career since breaking out with 2013’s excellent The Messenger, which he followed up with 2014’s Playland and this year’s Call the Comet, his best album yet. Renowned not only for his songwriting and production work, or even for the influence of his various bands, Marr is also celebrated as one of the best and most important guitar players of his generation, something he certainly still showcases today, in addition to impressive solo songwriting chops. In support of his latest, Johnny is set to return to Music City for only the second time ever, and first in five years, Sept. 15 at Cannery Ballroom with Canadian indie pop group Belle Game. Though an obviously must-see show for Smiths devotees, those who could care less about Marr’s past endeavors but enjoy smart, well-crafted indie rock might find something to love here too (but really, Smiths fans, he’s been playing hits Morrissey hasn’t touched in years, and with just as much gusto). Tickets are still available here, but we’re also giving away a pair of tickets to one lucky fan! Read on for more about the show, and enter for a chance to win below.

Winner will be announced Wednesday, Sept. 12 at 6 p.m. CDT, and will receive one pair of tickets. Good luck!

[INTERVIEW] Hayley Williams Looks Back on 'After Laughter' and the Emotional Road to Paramore's Local Celebration, Art + Friends