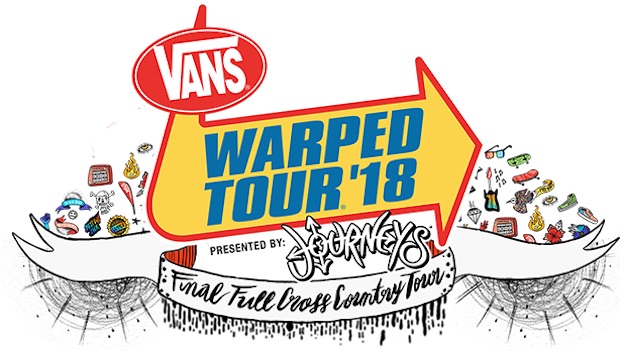 Now in its 24th consecutive year, premier summer traveling punk extravaganza (and longest-running North American music fest) the Vans Warped Tour will return to The Fairgrounds Nashville on July 10, its fifth year back in Music City after an extended absence, one final time. As the festival comes to an end in its current cross-country, summer-long incarnation (the door is open for other Warped-branded ventures in the future, but founder Kevin Lyman opted to wind down the legendary tour in its longtime form), the final trek features an eclectic mix of performers new and old, sticking to the multi-stage, huge lineup, all-day format fans have come to know and expect.

A festival always catered to youth culture, O.G. Warped fans who might’ve been hoping for a “all-stars” type final lineup won’t quite find it here (though some familiar names from decades past like Simple Plan, The Used, Bowling for Soup, Every Time I Die, and Senses Fail are all tapped to make an appearance), but if you’ve been following the last decade or so of Warped, you’ll find plenty of favorites who rose to prominence five or ten years ago, mixed with some of the scene’s most promising up and comers- par for the course for the fest’s recent bills.

Tickets to the Nashville date- likely Warped’s last official full-scale event in Music City ever- are available online, as well as in-person at Grimey’s, The Groove, and both Fond Object locations. We’re also excited to announce that in celebration of the tour’s final year, we’re giving away a pair of tickets to one lucky fan! Head below to check out Warped Tour’s official 2018 Spotify playlist, get familiar with the full Nashville lineup, keep an eye out for our forthcoming festival preview, and enter for your chance to win tickets!

Winner will be announced Monday, July 9 at 12 p.m. CDT, and will receive one pair of  general admission tickets to the July 10 Nashville date only- non-transferrable to other Warped events. Good luck!

Get to know the lineup with this Warped Tour 2018 Spotify Playlist: