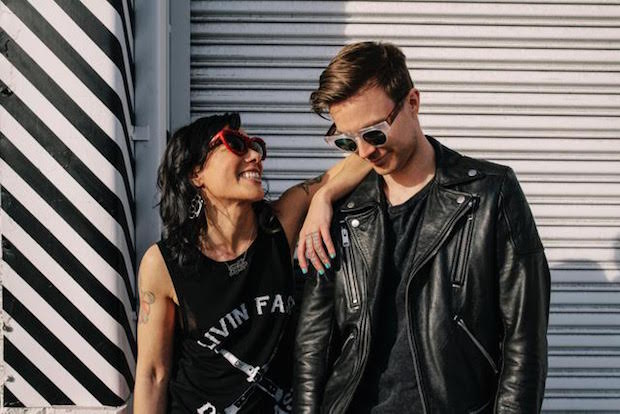 Since erupting onto the scene a decade ago with their breakout sophomore release Grand (which opened with perhaps their best-known single, “Daylight”), Brooklyn duo Matt and Kim have been constantly kicking out the jams, establishing themselves as an infectiously upbeat and endlessly fun and energetic live force, and continuing to build on their electro-laced indie and dance pop sound with a series of strong LPs. Ahead of their sixth album, the forthcoming Almost Everyday, which is due out May 4, Matt and Kim are currently in the midst of their first tour in over a year, since Kim sustained an onstage injury which caused them to pause their live plans.

Tonight, March 26, the group return to Marathon Music Works for the first time since 2015, joined by buzzy, queer, LA electro pop and J-pop inspired duo TWINKIDS and Philly indie pop trio CRUISR. For fans of synths, pop hooks, positive vibes, and dance worthy jams, this lineup is ace from top to bottom, and tickets are still available right here while they last!