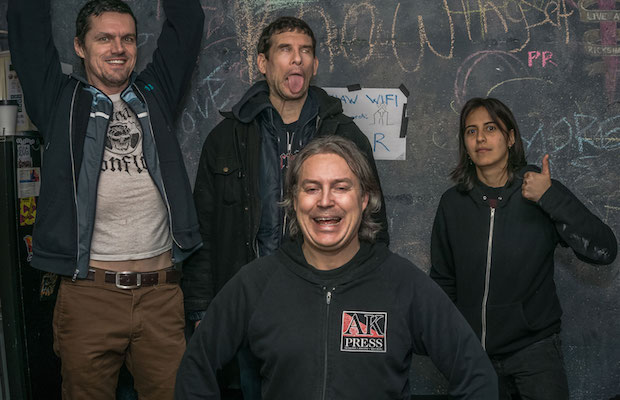 Champions of anti-fascism since well before it became a pressing, 21st century crisis, long-running Canadian punk/metal outfit Propagandhi have never felt more urgent or their decades-long outspokenness more necessary than right now. Back with their first record in five years, last fall’s Victory Lap, the seminal punks hit Nashville, seemingly for the first time in years (we can’t find any record of a previous Music City outing, though in 22 years, they’ve almost certainly been here), for a March 10 show at Mercy Lounge with buzzy melodic punks Iron Chic, and Dominican Republic formed, Chicago based eclectic hardcore outfit La Armada. Come for the excellent thrash and metal influenced punk, stay for the timely political and social discourse. Tickets are still available here, but we’re also giving away a pair of tickets to one lucky fan! Read on for more about the show and enter for a chance to win below.

Winner will be announced Thursday, March 8 at 5 p.m. CST, and will receive one pair of tickets. Good luck!