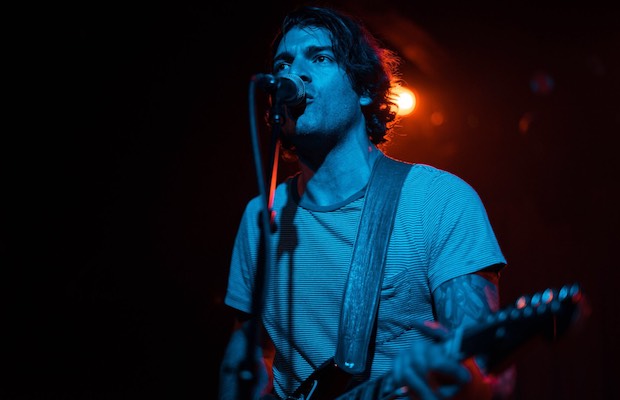 Spending a lot of time all around the U.S., but originally hailing from Reno, NV, Jack Berry has been calling Music City home for a few yers now, and we’ve been following the trajectory of the indie rock flavored bluesman from the start.  We were such fans of Berry’s last release, a kickass 2016 full-length entitled Mean Machine, that we helped him debut the single “Cole,” and we’re happy to report that Jack’s been recently hard at work in the studio on his next project. He’s planning on it being an EP, and keeping a winning pairing going, he’s teamed up with producer Luke Forehand again, at the same Nashville studio where they created Mean Machine together.

“Essentially the entire EP was knocked out in live sessions over the span of a few days,” Berry said via e-mail. “I feel like sonically the framework has been laid for the attitude of what’s trying to be conveyed. What’s to come, is going to have a little more character. I plan to let the tracks breathe a little more […] let the groove speak up.”

Look for new singles this spring, followed by the new EP soon after. For now, enjoy a live performance video for “Bad Dog,” a standout track off of his last record. The video was recorded and produced by OKY productions, during Jack’s most recent studio sessions. It’s part of a series of videos from the production duo (Luke Forehand & Matthew Hornbeck) dubbed “OKY Sessions,” which will feature other area artists performing live. So click on after the break to check out Jack’s performance, and stay tuned to No Country for more on his new EP.