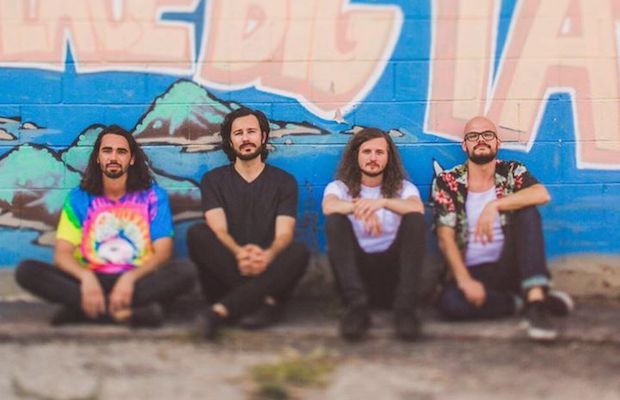 Natives of Atlanta, Microwave‘s frequent trips to Music City managed to catch our eye a few years back, and after the 2014 release of their incredible full-length debut, Stovall, we definitely weren’t the only ones singing the group’s praises. Funneling punk sensibilities into an indie and eclectic sound, also channeling elements of emo and post-hardcore, the band were able to capture much of the emotion and aesthetic of many memorable scene classics, and, powered by the gut-wrenching earnestness and confessional delivery of frontman Nathan Hardy, they’ve embarked on increasingly more high-profile tours and festival outings in recent years, including regular return trips to Nashville both as a headliner and supporting act.

Last fall saw the release of their excellent sophomore effort, Much Love, and Microwave return to Nashville tonight, Nov. 2 to top a bill at The End in support. That alone should be more than enough reason to snag tickets, but with the addition of Big Jesus and Blis., it’s downright essential. Birthed out of the Atlanta hardcore, punk, and metal scene, Big Jesus are among a crop of new acts unabashedly drawing influence from ’90s alternative, forgoing their conventionally heavy upbringing to, instead, explore hooks hooks and melody, channeling elements of shoegaze, psychedelic pop, grunge, and more, though not entirely abandoning the sonic palates they were raised on. Completing the Atlanta trifecta, Blis. adopt a more mathy, emo bent, making this a stellar show from top to bottom. Don’t be late!