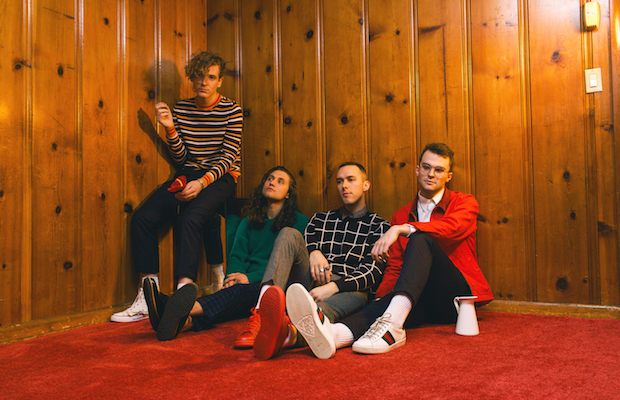 Though it seems like they spend the bulk of their time these days on the road, indie rockers COIN are an undeniable Nashville success story, ascending, with rapid speed, from a promising college buzz band to a national radio and touring fixture in what, to most people, probably feels overnight (and for those of us who’ve watched them along the way, feels like a well-deserved product of hard work and talent). Their local shows are few and far between nowadays, which has us extra excited for COIN’s latest hometown headliner, Nov. 2 at Cannery Ballroom with joan, out in support of their incredible new LP, How Will You Know If You Never Try. You can still grab tickets here while they last, but we’re thrilled to announce that we’re also giving away a pair of tickets to one lucky fan! Read on for more about the show and enter for a chance to win below.

Winner will be announced Wednesday, Nov. 1 at 12 p.m. CDT, and will receive one pair of tickets. Good luck!