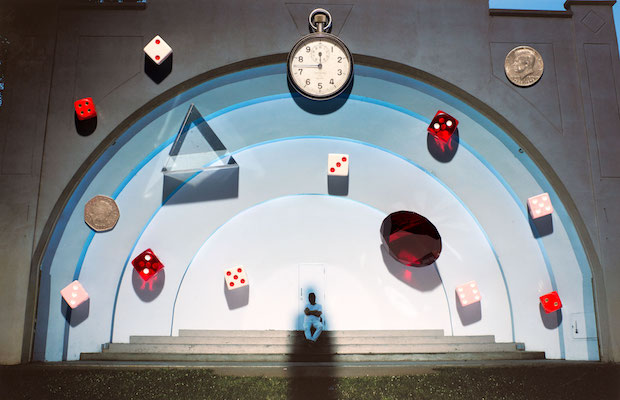 It’s been about a month and a half since we first announced Bon Iver’s return to the The Ryman Auditorium on Oct. 29 and Oct. 31 with Swamp Dogg, and these shows were clearly highly-anticipated, as tickets for both nights sold out nearly immediately.  Lucky for you, we stashed away some spots for the Oct. 29 date, and we’re giving one lucky reader a chance to win a pair of tickets.  Head below to find out more about the show, and enter to win!

If you were to look up the definition of an indie artist, a dictionary would probably say “see: Bon Iver.” Largely the songwriting vehicle of Justin Vernon, the project began with a musician struggling with his health and a broken heart, who holed himself up in a cabin in Northwestern Wisconsin for a winter, and it was there that his first record For Emma, Forever Ago began.  Vernon notoriously played all of the instruments on that highly acclaimed release, which ultimately landed Bon Iver on Jagjaguar, and notched record of the year accolades from influential music outlets across the globe.  There was no sophomore slump for Bon Iver either, as the follow up Bon Iver, Bon Iver nabbed Best New Artist and Best Alternative Album Grammy’s in 2012, and saw Vernon collaborating with a number of musicians to create a highly layered sound that captured the heart of even more listeners.  Over the next few years, Vernon & co. dialed back with a three year hiatus, where, presumably, the band was working on their 2016 third LP, 22, A Million, which released in late 2016.  The latest record saw Bon Iver take a turn towards experimental effects that surely caught some fans of the traditional indie folk sound off-guard.  However, with further listens, the off-kilter, highly processed sound still harkens back to Vernon’s roots.  Bon Iver are touring again in support of their latest release, and will make their first stop in Nashville since their Ryman debut in 2011.  Here’s hoping they’ll repeat the magical encore from that show below during this stop too.

Jerry Williams Jr. has been writing and recording music since 1954, and found moderate success as a songwriter through the 1960s.  However, he lost his way with that project, and ultimately rebranded himself as Swamp Dogg, given that he was recording at the time in Muscle Shoals (the home of “Swamp Music”) and he likened the attitude of his new project to the unpredictable yet always lovable feeling towards man’s best friend.  The new project didn’t garner immediate success, but over the years has amassed an almost cult following, seeing renewed interest as contemporary artists began sampling the groovy licks.  It’s fitting that an eclectic artist like Bon Iver has dubbed a like-minded outsider like Swamp Dogg as the opener for both nights of his Nashville return, and at the age of 75, it’s an incredible opportunity to catch a rarely touring, somewhat reclusive, living legend before it is too late.

Winner will be announced Thursday, Oct. 26, and will receive one pair of tickets to the Sunday, Oct. 29 show. Good luck!