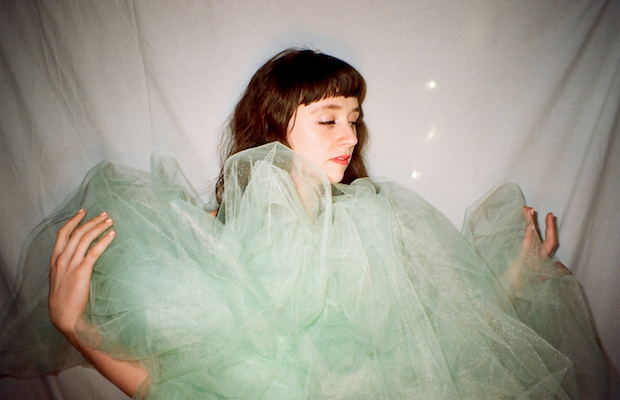 We’ve been huge fans of Waxahatchee, the musical vehicle of skilled songwriter and Alabama native turned Brooklynite turned Philadelphian Katie Crutchfield, since her lo-fi 2012 debut American Weekend, and delighted in watching her stature rise and sound evolve with 2013’s buzzy Cerulean Salt, and 2015’s emotionally resonant Ivy Tripp. With her latest, Out in the Storm, which arrived just lost month, Crutchfield has crafted her most self-reflective and autobiographical effort to date, honing her sound and building on everything that came before.

With a punk and folk-tinged indie sound, and a penchant for penning personal, soaring songs, Waxatchee is a project that deserves every bit of buzz she’s received over the past several years, and if you haven’t yet seen Crutchfield and her band live (or you have, and you already know how great they are), we can’t think of a more magical place to do so than tonight, Aug. 14. when they return to Third Man Records’ Blue Room for the second time this year, now with new music in tow.

Like Waxhatchee, Palehound are a band that stemmed from the solo, singular force of frontwoman Ellen Kempner, and, across two albums, most recently A Place I’ll Always Go, Kempener has perfect a breezy, personal, bitingly honest indie sound that we can’t enough enough of. Baltimore’s Outer Spaces round out the bill with a dreamy, indie sound well-suited to kick things off, and their latest, A Shedding Snake, feels like the perfect culmination of frontman Cara Beth Satalino’s decade of work as a solo artist and in other projects. Really, ANY show hosted by Third Man, and in the Blue Room, is worth checking out, but this is an especially great one, and, astonishingly, some tickets are still available!

Waxahatchee, Palehound, and Outer Spaces will perform tonight, Aug. 14 at Third Man Records. The show is all ages, begins at 8 p.m. (doors at 7 p.m.), and tickets are available to purchase for $17.