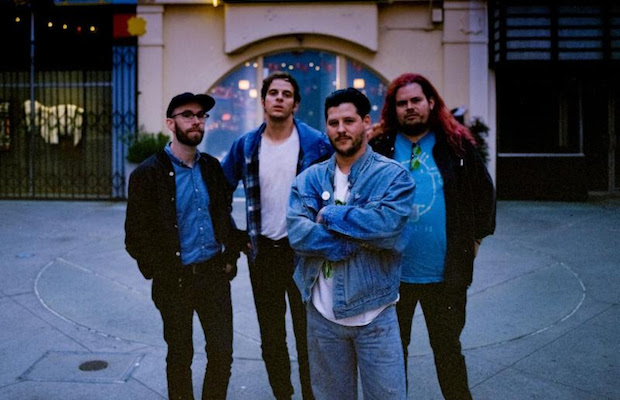 Celebrating a newfound independence, beloved San Diego indie punks Wavves‘ latest album, You’re Welcome, is their first entirely self-released through their own label Ghost Ramp. Previously something of a hobby imprint to release a 7″ or some merch here or there, Wavves’ creative core Nathan Williams took a frustrating few years on a major label (and some of its financial benefits) as motivation to legitimatize the label and open a skate shop/store, also approaching his latest LP with more focus and less fuss, crafting it largely during the daytime with producer Dennis Herring, who helmed fan fave King of the Beach. The result is a lean, poppy, punk callback to some of the band’s earlier work from a decade ago, but with a newfound, mature sense of social and political commentary and more emotional exploration, as well as some surprising navigation of a variety of genre influences, all making for a really great and compelling release.

In celebration of their latest and thanks to the fine folks at Red Bull, Wavves return to Nashville tonight, July 27 for a performance at Exit/In, and admission is just $3 with RSVP (though it’s still first come, first served, so don’t be late). Joining them are buzzy, rising indie/electropop duo Foreign Air and Chicago garage rockers Ne-Hi, adding even more variety, range, and value to yet another phenomenal show in Red Bull’s excellently curated series. Given their newfound sense of liberation and artistic freedom, it feels like the best time to see Wavves in years- don’t miss it!

Wavves, Foreign Air, and Ne-Hi will perform tonight, July 27 at Exit/In. The show is 18+, begins at 9 p.m. (doors at 8 p.m.), and tickets are available to purchase for $3 with RSVP and $10 without. RSVP does not guarantee entry; arrive early.