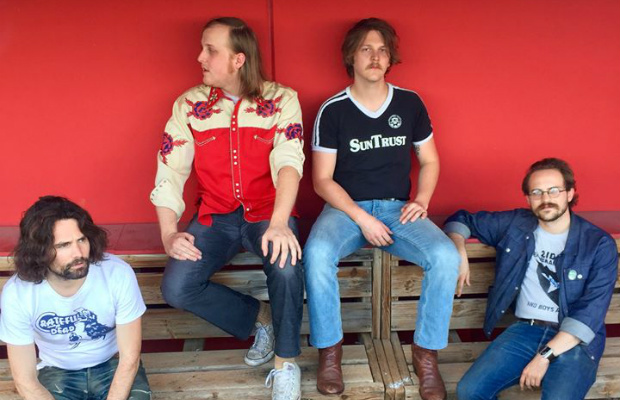 If you spend any time in the Nashville music scene, then you have surely seen the patriotically named Teddy and the Rough Riders on numerous bills around town.  The band’s twangy retro southern rock vibe is perfectly paired with the rising underground scene that has propelled like-minded acts like Natural Child and Los Colognes away from the Americana scene and into national tours and festival appearances.  The quartet, formed of Ryan Jennings (bass/vox), Jack Quiggins (guitar/vox), Luke Schneider (pedal steel), and Nick Swafford (drums), are Nashville bred, and have expertly tapped into the tasty underbelly of Music City’s musical heritage.

Teddy And The Rough Riders are gearing up to release their first official record on July 21, and we are thrilled to premiere the single “Buckle Bunny” from that effort.  Head below to get in the know, and mark your calendar for the official release party at the always interesting Bobby’s Idle Hour on the day of the release.