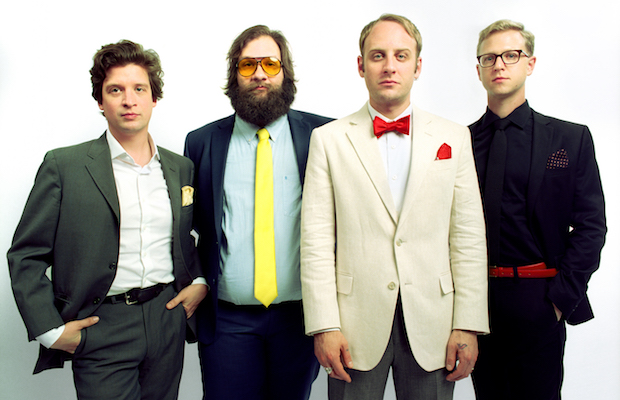 Providence, RI born, partially Nashville based rockers Deer Tick are back with their first release in nearly four years.  The band will follow up the transformative 2013 release Negativity with two new records due out on Sept. 15.  Deer Tick Vol. 1 will feature the edgy folk tinged, song driven style that first garnered the band acclaim with albums like War Elephant and Born On Flag Day, as can be heard in the first single “Sea Of Clouds” below.  Deer Tick Vol. 2 on the other hand sees the band channel the punk-inspired garage rock energy that has become synonymous with their raucous live shows.  You can hear a taste of what that is all about with the new single “It’s A Whale” below.

The release is accompanied by an upcoming ‘Twice Is Nice’ tour in support this fall, and the tour will kick off Sept. 13-14 as the band makes their Americana Music Festival debut with two nights of shows.  The remainder of the tour will feature two sets per night.  A stripped down acoustic set will be followed by an intermission and a full-on electric set.  You can get a wristband or full conference registration for AmericanaFest here, and you can check out the rest of the tour schedule below.