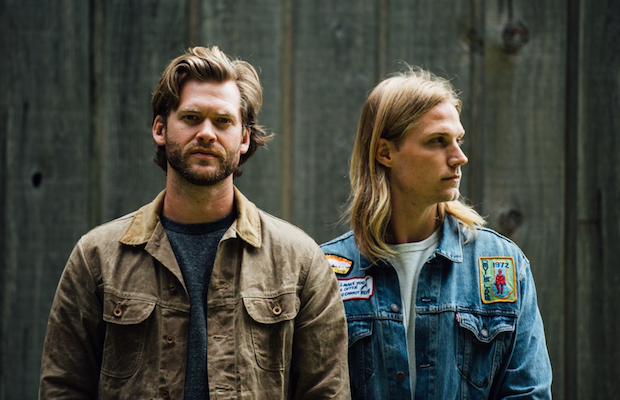 With hypnotizing harmonies and wanderlust-inducing lyrics, Jamestown Revival know how to transport you to the open range with just a few notes. They’re back in town for a headlining show at Cannery Ballroom on June 7 in support of their latest album, The Education of a Wandering Man. This time, they’ll bring along Canadian alt-country wonder Colter Wall for a soulful night of music that you won’t want to miss. Tickets are still available here, but we’re also giving away a pair of tickets to one lucky fan! Read on to learn more about the show and enter for your chance to win!

They followed up their strong debut with 2016’s The Education of a Wandering Man, which also happens to be the title of a popular Louis L’Amour novel. Following the theme of their debut, Jamestown Revival focused on creating a more upbeat and uplifting set of songs that still feels like a ramblin’ man’s soundtrack. There’s also a bit of Southern rock-inspired guitar and gritty, swampy riffs that gives the release just enough spice to feel fresh and surprising. If you missed their slot opening for The Wild Feathers’ stint at the Ryman last year, make sure you see Jamestown Revival when they stop by Cannery Ballroom next month.

Winner will be announced Monday, June 5 at 12 p.m. CDT, and will receive one pair of tickets. Good luck!

Jamestown Revival and Colter Wall will perform Wednesday, June 7 at Cannery Ballroom. The show is 18+, begins at 8 p.m. (doors at 7 p.m.), and tickets are available to purchase for $18-20.

Bonnaroo Band of the Day: Cage the Elephant