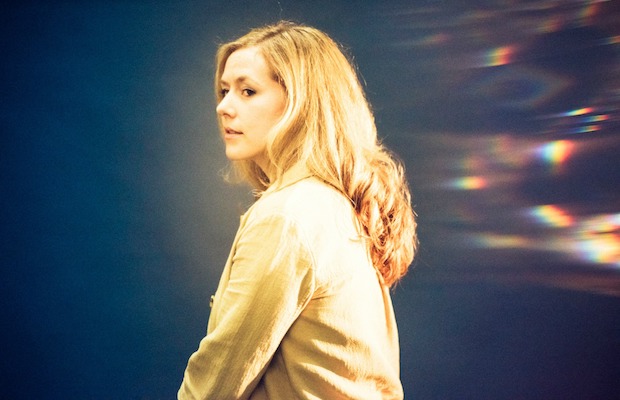 Intermittent reunion activity aside, Greta Morgan, who, these days, makes music as Springtime Carnivore, is nearly a decade removed from The Hush Sound, the Chicago-based group she co-foudned in her teens, which ran in the same circle (and on the same label) as massive pop punk acts like Fall Out Boy and Paramore, though never fully subscribed to the Warped Tour sound (or found quite the level of success of some of their peers). It’s been half a decade, even, since Morgan took part in subsequent project Gold Motel. Now Los Angeles based, Springtime Carnivore is something of clean slate for a seasoned and accomplished songwriter, and her eponymous 2014 debut arrived to widespread acclaim, establishing a dreamy, breezy, west coast informed and retro sound.

With last fall’s Midnight Room, Morgan further honed her unique voice as a solo artist, tapping producer Chris Coady (Future Islands, Beach House) to help craft a hypnotic, lush, and intimate style, capturing a sort of sleepless, introspective, and transitional period of Morgan’s life over the last couple of years. Accompanied by the likes of Jason Boesel, Alex Greenwald, and Katy Goodman, the album takes on a sort of Jenny Lewis-esque folky, indie pop bent, serving as a vehicle for Greta’s incredible voice and frenetic lyricism. It’s always interesting when an artist with a celebrated, long career in other projects makes an organic start on smaller stages, but Roo-goers will have a unique chance to see Springtime Carnivore up close and personal; check her out!

LISTEN | “Name on a Matchbook”

Paramore to Play The Ryman Oct. 17 with Best Coast