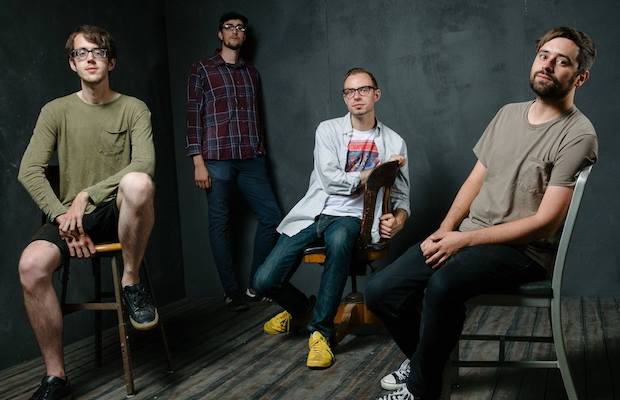 Before they return once more this fall in support of Japandroids, Ohio indie rockers Cloud Nothings, a longtime site favorite and the group responsible for one of the best albums of 2014, Here and Nowhere Else, will appear in Music City tonight, May 11, for the first time in almost five years, for a headlining show at The Basement with local electronic artist Future DZ.

Out in support of their latest, this year’s Life Without Sound, Cloud Nothings have, over the past eight years, grown from briefly being a solo vehicle for frontman Dylan Baldi to an acclaimed, full-fledged band, attracting widespread attention and lightning up the blogosphere with their 2012 Steve Albini engineered sophomore effort Attack on Memory. In the half decade since, the group’s stock has continued to rise, and their indie rock meets noise pop meets post-hardcore sound has evolved in an interesting way to provide for a fresh, unique experiences with each new release.

A live powerhouse and a festival fixture, this is a rare chance to see Cloud Nothings incredibly up and close and personal, and, while the Japandroids show will be amazing as well, we wouldn’t pass up a headlining affair. Tickets are still available, but don’t expect them to last!