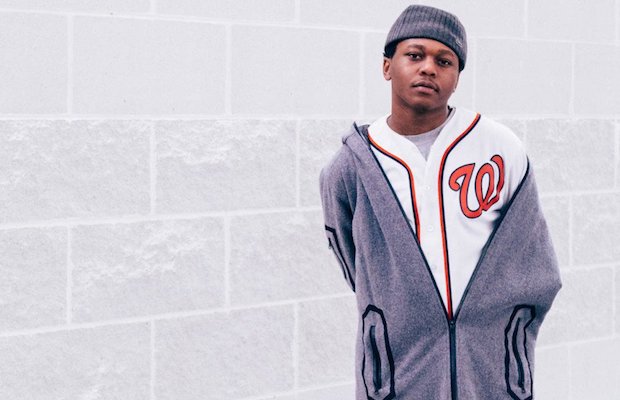 Based in the DMV (DC-Maryland-Virgina) area, rising young rapper Innanet James, whose debut mixtape, Quebec Place, arrived just last fall, is heating up fast, and that’s clearly evidenced by the fact that he landed a Thursday spot on Bonnaroo’s new EDM and hip hop geared tent The Other, bypassing a more typical Club Stage spot for new artists. Raised on r&b, funk, and hip hop in a musical family, James began writing rhymes in elementary school, inspired by the likes of Wu Tang Clan and 50 Cent, but it wasn’t until first hearing Lil Wayne’s 2007 mixtape Da Drought 3 that he began thinking about making hip hop more seriously.

After an on-again off-again relationship with music, beating a prescription pill addiction that nearly cost him his life, dabbling in school for graphic design, and facing an ultimatum from his mother to figure things out or get out, James got more serious about his art again a couple years ago at 20, and released his official debut single, the empowering and substantive “Black,” in the summer of 2015. A stream of buzz and more singles followed, culminating in the critically lauded release of Quebec Place last fall, which channels a thoroughly modern delivery and sharp, smart lyrical style set to sweeping production with flairs of jazz and soul – an essential listen for rap fans if it’s not yet on your radar. Aside from Chance, Bonnaroo’s top line is a little light on hip hop this year, so we’re glad to see such exciting talent like Innanet James holding up the undercard; give him a spin below!