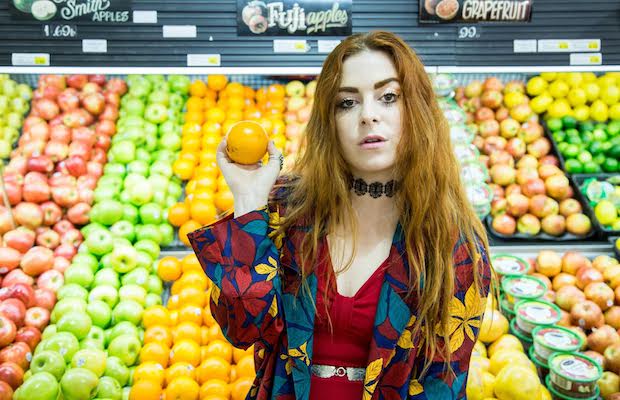 Though best known for the southern, psychedelic, poppy blues rock sound that made up her self-titled, 2013 debut LP and least year’s Pseudoscience releases, we’ve long known that talented local singer Kim Logan had a lot of range, and that’s exactly what she flexes on new EP Fresh Juice, a collaboration with The Hydramatic, a killer soul band from her native Florida.

With its timeless, driving, soul groove, epic harmonies, vocal interplay, saxophone, and in the pocket performances, the song sounds like it could just as easily have been transported forward from the height of Motown as penned by modern soul revivalists, and though not a completely out of left field turn for Logan, nonetheless is a worthy and interesting new direction, made possible by the skillful collaborative chops of The Hydramatic.

“It was the first thing I wrote with the Hydramatic, and it came from a riff written by my guitar player Gyasi, who also produced all of ‘Fresh Juice.’  It was all recorded on a 1984 Tascam 388 system at Gyasi’s home studio in West Nashville, when I brought the Hydramatic up from Florida on tour.”

Check out the song below, and if you like what you hear, get a full glass of Fresh Juice right here!

[NO COUNTRY PREMIERE] The Harmaleighs Tackle Sexism with "Lady Brain," Ahead of New EP