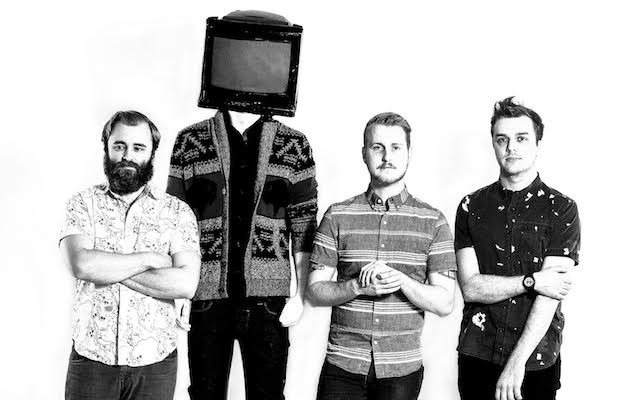 Hailing originally from Richmond, VA, and now partially based in Nashville, Those Manic Seas are a band we’ve mentioned a few times as they’ve passed though town on tour, both for their interesting style and their unique frontman, Kilroy, who appears as images projected on a television mounted to a mannequin.

Gearing up to release their new album, Telegenic, produced by MUTEMATH’s Darren King (also a Nashville transplant), on April 21, the group are set to release their new single, “Firecracker,” tomorrow on digital platforms. In support of the track’s release, and ahead of the new record, we’re very excited today to premiere a stylish (and literally firecracker-filled) accompanying music video, helmed by Planetarium Productions.

Citing influences from Interpol, The Killers, and Mutemath, Those Manic Seas have evolved from a more conventional indie/dance punk sound to incorporate elements of post-rock and shoegaze, with dense, flourishing sonic palates and lush, orchestral rock undertones. After years of constant touring, and with a promising new album on the horizon, we’re thrilled to welcome this group to Nashville and eager to keep an eye on what they do next. Keep to know ’em now, by watching “Firecracker” below, and catch the group live May 15 at The Basement with Gardening, Not Architecture and Oh, Grandpa (tickets here)!