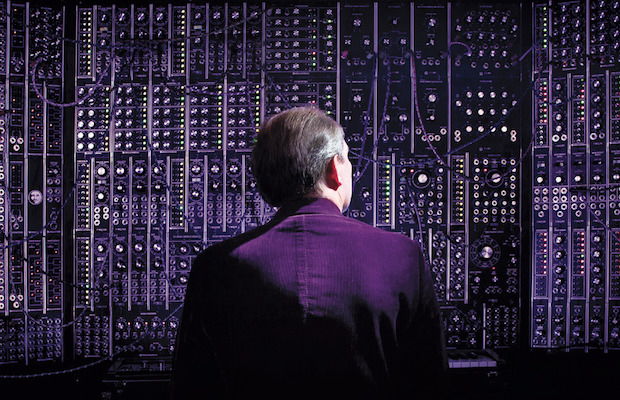 One of the most prolific, beloved, and recognizable film composers of the last several decades (only John Williams, perhaps, carries more name recognition), German-born, Los Angeles based multi-faceted talent Hans Zimmer wet his feet in the ’80s new wave scene while dabbling in early film score work before his Oscar-nominated score for 1988’s Rain Main propelled him into the public eye. While his recent work on superhero films like The Dark Knight, The Amazing Spider-Man 2, and Man of Steel, Christoper Nolan epics like Interstellar and Inception, and blockbusters like Pirates of the Caribbean, Transformers, Sherlock Holmes, and Kung Fu Panda has made him a household name, Zimmer’s contributions to prestigious scores over the past 30 years such as The Lion King, Gladiator, Hannibal, Driving Miss Daisy, As Good As It Gets, 12 Years a Slave, The Thin Red Line, The Last Samurai, and over 100 more films has, without a doubt,  cemented him as an undeniable Hollywood powerhouse and awards darling.

Zimmer, who’s known to collaborate with pop, rock, and electronic stars like Johnny Marr, Pharrell, Junkie XL, and Rodrigo y Gabriela, has been increasingly more active in performing live shows in recent years, and, after an announcement that he would be appearing at Coachella, along with a crop of European dates, Zimmer has just announced his first ever proper tour of North America, which includes a July 16 outing at Ascend Amphitheater. Divided into two parts, the first half of the show will be a more conventional and contemporary orchestral performance of some of the composer’s most famous scores, while for the second half, Hans will invite friends and special guests to perform “re-imgined” versions of his music from The Dark Knight trilogy, Inception, and more. Tickets for what is sure to be one of the most unique concert experiences of the year will go on sale Friday, April 7 at 10 a.m. CDT right here (with pre-sales beginning one day prior).