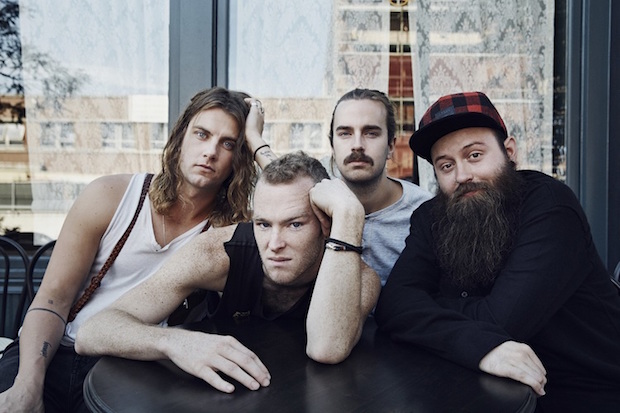 Another local band who’ve found a fast growing national audience, Judah & The Lion seem to be an ultra hot property as of late. In addition to regular spins of their hit single “Take It All Back” on SiriusXM’s Alt Nation, a two month run touring with one of the biggest rock bands in the world right now, twenty one pilots, and a deluxe reissue of their Dave Cobb produced record Folk Hop ‘N Roll, the Americana-infused alt rockers crushed it on The Late Late Show with James Corden recently, and you can watch that televised outing after the jump!

As you may recall, Judah were slated to play The Ryman Auditorium this past February, but because of their tour schedule, the show got pushed back until the fall. In addition, as their star continues to rise, a second night was added to accommodate more fans, with dates now slated for Sept. 8 & 9! Tickets to the performances are currently available here (9/8), and here (9/9), and we’d recommend scooping them up soon; they won’t last!