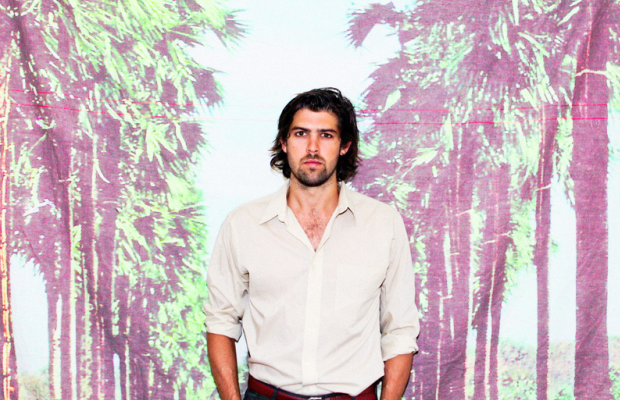 We gave you the heads up on this one last week, with the added bonus of a chance at free tickets. Now the time has come, and tonight, March 14 multi-instrumentalist Cameron Avery (of Tame Impala and Pond fame) will stop in on Music City to perform at The Basement with help from Lylas and Chase Cohl. Avery is touring in support of his solo debut, Ripe Dreams, Pipe Dreams, which dropped just last week. Tickets to the show are still available right here, but we suggest you act fast, because as word spreads a talent like his is in town, tickets tend to go fast. Click on after the jump for more on the lineup, and we hope to see you there!

Hailing from Fremantle, in Western Australia (sometimes called the Port of Perth) Cameron Avery got his start in music at the age of sixteen, learning to play guitar and starting to write songs by seventeen. Soon he was becoming a fixture in the growing Perth music scene, and he became fast friends with Kevin Parker, the frontman and creative force of Tame Impala. The two became roommates, and while Kevin was tinkering with his own ideas, Cam became a founding member of Pond, which would play in support of Tame Impala, plus other big names like Jake Bugg. In 2013, Tame Impala had some lineup changes, and Avery joined full-time, leaving Pond in the process (all the members of the various bands in the Perth scene still consider each other friends). For the last four years he’s been with TI, but he’s never stopped writing his own stuff in his free time. Now, signed to ANTI-, Mr. Avery just released his debut solo offering, Ripe Dreams, Pipe Dreams last Friday. Enjoy a sample of his experimental blues/folk below, stream or buy the LP now, and check Avery out live and in person tonight at the original Basement!