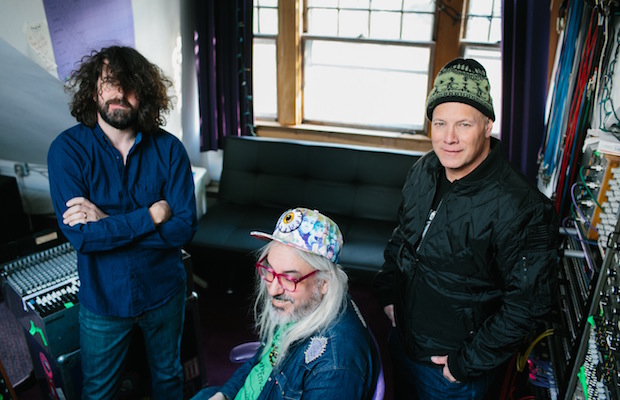 It’s been four and half years since beloved alt rock pioneers Dinosaur Jr. last made an appearance in Nashville, and, thankfully, not much has changed for the reunited and rejuvenated rockers in the time since, other than the release of yet another great late career effort, last year’s Give a Glimpse of What Yer Not. As announced a few months ago, the trio are set to make their return March 23 at Cannery Ballroom, tapping underrated, John Brannon-fronted Detroit band Easy Action to open. One of the best, loudest, and most influential groups in modern rock, if you haven’t seen Dinosaur Jr. in person, this show should be mandatory (and if you have, then you probably already have this circled 100 times on your calendar). Tickets are still available, and you can grab ’em right here, or, if you’re feeling lucky, we’re also giving away a pair of tickets to one lucky fan! Read on for more about the show and enter below!

Without Dinosaur Jr., the ’90s alt rock explosion would likely have sounded a whole lot different. In fact, Kurt Cobin even famously asked frontman J Mascis to join Nirvana, years before they’d go on to change the world. Formed in the mid ’80s in Amherst, Massachusetts out the ashes of their former hardcore band, the trio, rounded out by bassist/vocalist Lou Barlow and drummer Murph, after early DIY buzz, found heaps of critical praise surrounding their second and third albums, 1987’s You’re Living All Over Me and 1998’s Bug. After persistent personal tensions, however, Barlow was unceremoniously booted from the band (subsequently focusing full-time on Sebadoh), though Dinosaur Jr., originally just called Dinosaur in their very early days, would go on to ink a major label deal, and find broader commercial success throughout the ’90s, thanks to a boom of interest in the alternative scene they helped influence. Essentially a solo vehicle for Mascis throughout this mid period, Murph would depart as well in the ’90s, and by ’97 the Dinosaur Jr. mantle was retired. Mending fences, the band mounted an original lineup comeback in 2005, and, bucking traditional reunion norms, they’ve released four surprisingly stellar albums since, most recently Give a Glimpse of What Yer Not just last year. Famously loud and hard to put into a box, the group have always reached higher than just alternative rock, pulling from classic rock, metal, goth rock, and pop, popularizing the use of extreme dynamics and huge, thick, fuzz. Now certifiable rock and roll legends, Dinosaur Jr. are having a full-on late career renaissance, and should absolutely be on your musical bucket list.

Winner will be announced Tuesday, March 21 at 5 p.m. CST, and will receive [one] pair of tickets. Good luck!

Dinosaur Jr. and Easy Action will perform Thursday, March 23 at Cannery Ballroom. The show is 18+, begins at 8 p.m. (doors at 7 p.m.), and tickets are available to purchase for $25.