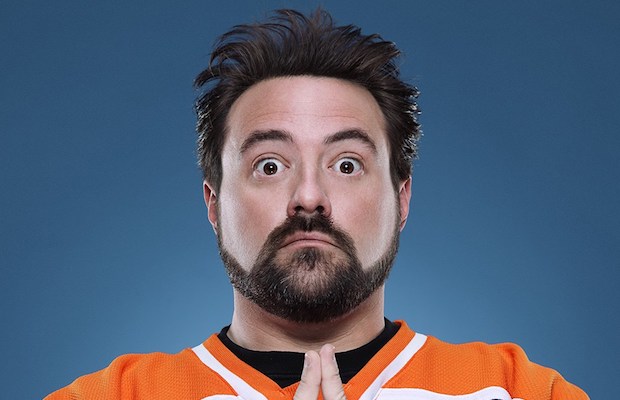 Filmmaker, podcaster, comedian, television personality, and professional nerd Kevin Smith, who you likely know for his films Clerks, Mallrats, Dogma, and Jay and Silent Bob Strike Back (in which he plays titular character Silent Bob), among others, has announced that he’ll film his latest standup special, “The Grand Ole Bob-pry,” Oct. 8 at The Ryman Auditorium. No stranger to Nashville, Smith usually passes through town at smaller comedy club Zanies, but opted to select the Mother Church for his  next special in honor of his late father. In an announcement about the show, Smith writes:

“This is a big deal for me and we’re rolling cameras on it because my Dad was a huge fan of country music who LOVED [The Ryman] the way old [Maple Leafs] fans loved [Maple Leaf Gardens]. When I was a kid, Dad took the family on vacation to Nashville and brought us up onto the stage at the legendary first home of the [Grand Ole Opry]. A few months before he died, Dad entered an online contest at a country music web-site. He wound up winning a trip to Nashville for a music fan fest that included a stop at [The Ryman Auditorium]. There, one of the last photos ever taken of my Dad before he died was snapped. It’s an epic Polaroid: Pop standing next to the love of his life (my Mom), on stage at his favorite place in the world, where all his favorite artists once stood and sang their hearts out. So to honor my Dad’s lifelong love of a venue that showcased his favorite storytellers, I’m shooting my next stand-up special (entitled “The Grand Ole Bob-pry”) at [The Ryman Auditorium] in October!”