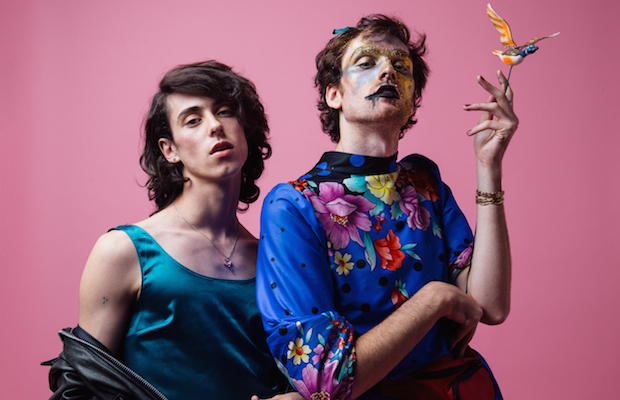 Last week, queer, New York punk duo PWR BTTM announced that their highly-anticipated sophomore album will be called Pageant, and will arrive May 12 via Polyvinyl. Along with album news, the duo dropped a hyperactive and colorful video for frenetic new tune “Big Beautiful Day,” which, if it’s indicative of the rest of the LP, sounds like an even more honed version of the grungy, garage punk vibe that made their debut, Ugly Cherries, work so well.

In support of Pageant, the band, renowned for their wild and unpredictable live show, also unveiled a lengthy spring tour, which returns them to Nashville June 13 to headline Mercy Lounge, after performing twice in Music City last year. Tickets are available now, and you can grab ’em right here! Seriously, you don’t want to miss this one.