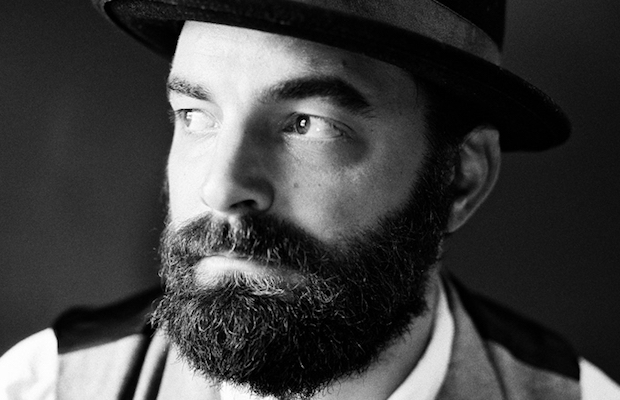 Last year, beloved local singer-songwriter Drew Holcomb and his band The Neighbors performed an epic show at The Ryman Auditorium in support of their seventh studio album, Medicine. The show spawned the group’s first live album, appropriately titled Live at the Ryman, which was released earlier this year and marked a milestone in their long-running career. Now, they’re set to return to the famed stage for a performance on May 12 in support of their upcoming album The Stranger, due out March 24.

Tickets will go on sale Friday, Dec. 16 at 10 a.m., but we’re giving you a chance to win a pair right out of the gate.  Click below to find out more about the show, and to enter to win.

Tennessee’s own Drew Holcomb and the Neighbors have become an East Nashville staple, having released nine stellar albums over the past nine years. Comprised of Holcomb, his wife Ellie, Nathan Dugger and Rich Brinsfield, the band have become an unstoppable touring machine over the course of a decade. They’ve brought their heartfelt alt-Americana sound to thousands as support for everyone from Ryan Adams to Los Lobos. If you’ve watched any popular modern television series in the past couple of years, you’ve probably heard a track or two pop up during a dramatic scene.

In 2013, they found huge success with their record Good Light, which racked up impressive rankings on the rock, Americana, folk and independent charts. 2015’s Medicine, and its Springsteen-esque single “Shine Like Lightning,” earned praise from fans both old and new and cemented them as Americana mainstays. Now, with the upcoming release of their eighth studio album The Stranger, it seems like the sky really is the limit for their success. You can hear a first taste of what’s to come from their next record with the single “Wild World.” Give it a listen below and make sure you are in attendance for their well-deserved return to the Ryman next year.

Enter to win tickets by filling out the form below.  Must be 18 or older to enter.  After you have entered, there will be the option to share this contest via social media. For each person that you refer to the contest, you will receive an additional entry. If you experience any trouble with the contest widget, or have any questions, feel free to email us at [email protected].

Winner will be announced Tuesday, Dec. 27, and will receive one pair of tickets. Good luck!