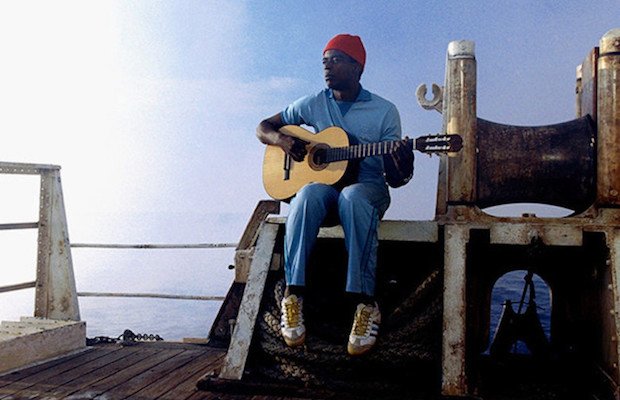 If you’re only casually familiar with famed Brazilian singer Seu Jorge, odds are it’s for his memorable and iconic role in classic Wes Anderson film The Life Aquatic with Steve Zissou. While Jorge’s extensive and eclectic work definitely warrants exploration beyond his David Bowie cover contributions to that movie, his unparalleled ability to tackle the late singer’s tunes in a personal and unique way, and in Portuguese no less, remains, perhaps, his most impressive artistic achievement. In memory of Bowie’s passing, Jorge is on the road, performing his material from The Life Aquatic in tribute, with a show centered around his role and the imagery from the film. Quirky and heartfelt, it’s a unique way to pay tribute to a legend, while soaking up one of Brazil’s most gifted modern imports, and revisiting one of the best elements of one of the best cult films of the ’00s. If that combo sounds like your cup of tea, tickets to Seu Jorge’s Dec. 9 outing at Marathon Music Works, seemingly his first Nashville show ever, are available here. Additionally, we’re giving away a pair of tickets to one lucky fan, so read more about the show and enter below!

Winner will be announced Thursday, Dec. 8 at 5 p.m. CST, and will receive one pair of tickets. Good luck!