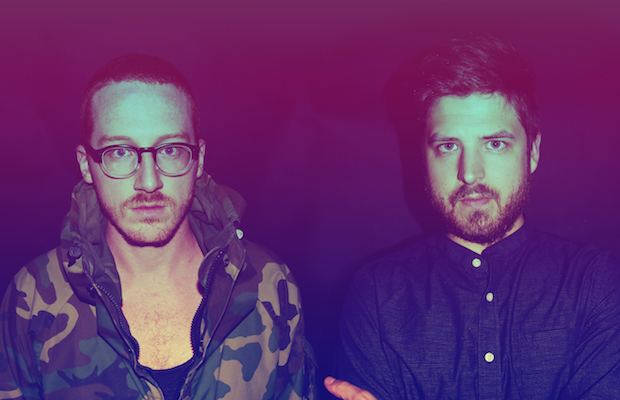 It’s been more than four years since Wisconsin transplants Foreign Fields released their gorgeous, sweeping, and profoundly emotional debut album, Anywhere But Where I Am, firmly planting their roots in their adopted home of Nashville, and drumming up an unexpected wave of critical praise, which led them to tours with big names like Counting Crows, The Lone Bellow, and Phox. In the several years since, the duo, made up of Brian Holl and Eric Hillman, have operated in an often behind the scenes, calculated manor, performing in town only intermittently, and choosing to spend the bulk of their focus on the craft of creating; honing their knack for layered, stunning, sad and cathartic compositions and stunning, cinematic, and profound accompanying visuals. Aside from a couple of EPs along the way, it’s been a long road to the group’s latest, sophomore release, Take Cover, which finally debuted last week after months of amazing companion videos, and one fraught with personal struggle, existential crises, doubt, and reinvention. The result, however, is a distillation of all the band have learned and all they’ve battled, and emerges a more intimate, focused, and earnest effort than anything they’ve done before.

Tonight, Nov. 3, the increasingly reclusive duo will play their first local show of the year, and only planned performance of Take Cover in its entirety, backed by an 11 piece band to help bring every nuance and detail to life, at OZ Arts‘ TNT local artist series. Set to begin at 8 p.m. (doors at 6:30), the show offers a glimpse at one of Nashville’s most skilled and under appreciated acts, performing, perhaps, the most essential piece of art they’ve ever created, in the most controlled, intimate, and transcendent setting possible. Grab your tickets here, or risk missing what’s sure to be one of the best live musical experiences of the year.