Don’t Miss mewithoutYou w/ Into It. Over. It. & Needle Points | TONIGHT @ Mercy Lounge! 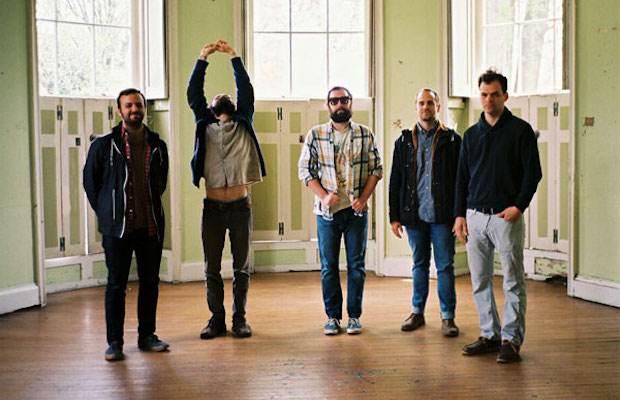 While no strangers to playing Nashville at a regular clip, Philadelphia indie/art rock outfit mewithoutYou and seminal Chicago emo rockers Into It. Over It. are two of our favorite groups making music today. We’ve written about each band individually countless times over the last several years, and always jump at a chance to see either; on the same bill, their combined musical appeal makes this one of our most-anticipated shows of the fall. Rounded out by Philly retro rockers Needle Points, tickets for this eclectic show are still available here, and if you need any extra convincing that it’s the best way to end your weekend, read on for details!

Hailing from Philadelphia and formed at the turn of the millennium, art-rock/post-hardcore outfit mewithoutYou return to Nashville for the fifth time in two years; something that would normally seem excessive, but for a band this good, we’d devour their every show. Still riding high on the success of their stellar sixth album, last year’s Pale Horses, mewithoutYou’s genre-bending sensibilities and blend of conceptual and deeply personal lyricism makes them of the best, most versatile acts of the indie scene. Juxtaposing smart, philosophical and high-concept themes with musical elements of indie rock, alternative, post-hardcore, and art rock, mewithoutYou have amassed a loyal following over the years, enhanced by their personal, electrifying live show. There’s a reason we never miss a chance to see them, and, if you haven’t yet, you owe it to yourself to see what all of the hype is about.

Chicago’s Into It. Over It., the musical vehicle of Evan Weiss, channel elements of the classic midwestern emo scene, co-opting its best aesthetics, and repackaging them into something entirely new, modern, and progressive – paying homage to what has come before, but not limiting himself to simply being an emo revivalist. Drawing heavily from his midwestern roots, and even-handedly channeling math rock, indie rock, and pop punk influences, Into It. Over It. juxtaposes heartfelt, melodic sentiments with unconventional time signatures, rhythmic choices, and textural palettes, often bordering on tastefully abrasive. This year’s Standards, the project’s third proper full-length, lands as some of Into It. Over It.’s most personal, cohesive, and confident music to date, and every time we’ve seen the group in action, we’ve been totally blown away by their live show.

Needle Points claim their style is what punk would sound like if Keith Richards invented it in the ’70s, and that seems as apt a description as any. Like mewithoutYou, the group hail from Philadelphia, and, in just a few short years, have managed to attract a following with their ’60s and ’70s inspired psych rock, touring and releasing a string of fantastic material since 2013. They’re way more retro and way less punk or emo than the rest of the bill, rounding out one of the most diverse but complimentary, quality musical lineups of the fall. Show up early and see what they’re all about!