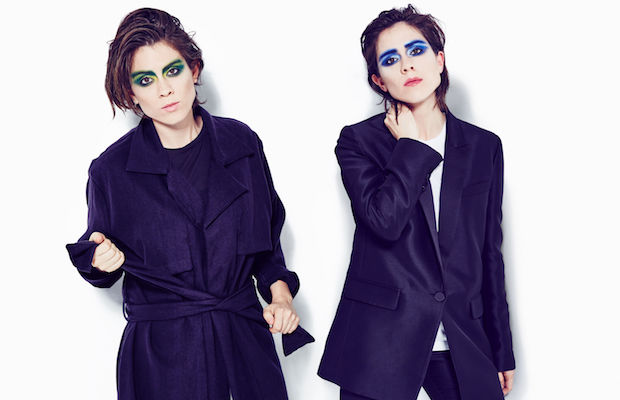 Continuing the wonderful pop trajectory started with 2013’s Heartthrob, Canadian indie pop sister duo Tegan and Sara further expanded their renewed sound with this year’s Love You to Death, and have been slowly celebrating its release by making music videos for each and every track. The long running group have been a favorite of ours since their earliest days, but with their newfound mainstream pop dominance, Tegan and Sara are sounding better than ever. The group only seem to make it to Nashville every few years, which makes their upcoming show, Oct. 24 at Cannery Ballroom, all the more highly-anticipated. Coupled with the fact that one-time Nashvillian Torres is opening up, you’ll definitely want to grab tickets here, or miss out on one of the fall’s best happenings! We’re also giving away a pair of tickets to one lucky fan, so if you’re feeling lucky, read on for details and enter below!

Winner will be announced Friday, Oct. 21 at 12 p.m. CDT, and will receive one pair of tickets. Good luck!

Tegan and Sara and Torres will perform Monday, Oct. 24 at Cannery Ballroom. The show is all ages, begins at 8 p.m. (doors at 7 p.m.), and tickets are available to purchase for $36.