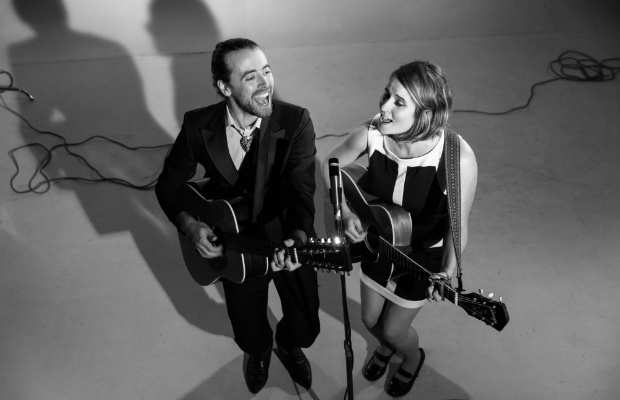 We’ve been following the local brother/sister outfit Pageant for a while now, and they blew us away at our No Country Presents showcase last year.  Erika and Derek Porter have a musical bond that has clearly been building for years, and we’ve seen them effortlessly harmonize between genres since we first became fans.  So, we jumped at the opportunity to bring you a live cut of their cover of the Beatles’ “I’m Only Sleeping” in celebration of the 50th anniversary of the famed album Revolver today.

We asked Erika about the importance of releasing this cover today, and she told us, “We’ve been performing ‘I’m Only Sleeping’ as an acoustic duo for years, and we decided this video was the perfect way to pay tribute to the Beatles on the 50th anniversary of Revolver’s release. In our opinion, this is one of John’s best songs.”

Head below to check out the stunningly beautiful cover, and make sure to head out to see Pageant on Sept. 1 with Chris Watts at The 5 Spot to catch them performing tracks from their recently released EP Endless Sun (and hopefully this cover too).