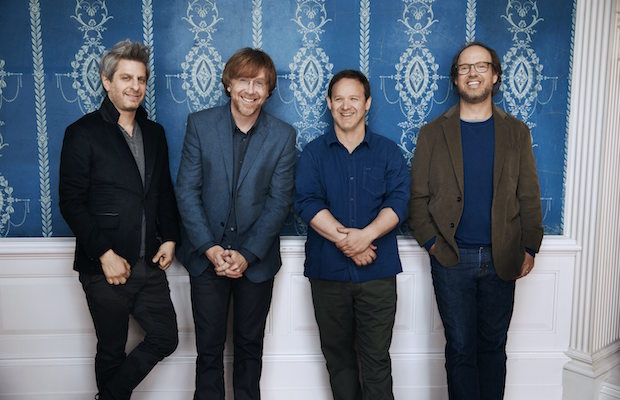 Though you might not think of Nashville as a particularly flourishing scene for jam bands- other cities such as Boulder and San Francisco are better examples of hippie-friendly towns- ever since Phish recorded their last album Fuego here, the city has seen a spike in the particular genre and its place in the scene. We caught their scorcher of a show at Ascend Amphitheater last year, and the band have just announced that they’re already coming back. Fresh off a killer summer tour, the group has plans to hit the road again this fall, for a run that will include a two-night return to Ascend on Oct. 18 & 19.

As is routine for Phish and their tours, there is a pre-sale period running from now through Aug. 14, where fans can request any tickets on the tour in hopes of being selected through a lottery system. After that, tickets will go on sale to the general public Saturday, Aug. 20 at 10 a.m. CDT.  You can grab tickets for the Tuesday, Oct. 18 show here and the Wednesday, Oct. 19 show here. Check out a video of Phish’s last Nashville performance below to get a taste of what you’re in for, and keep an eye on the site for further updates!