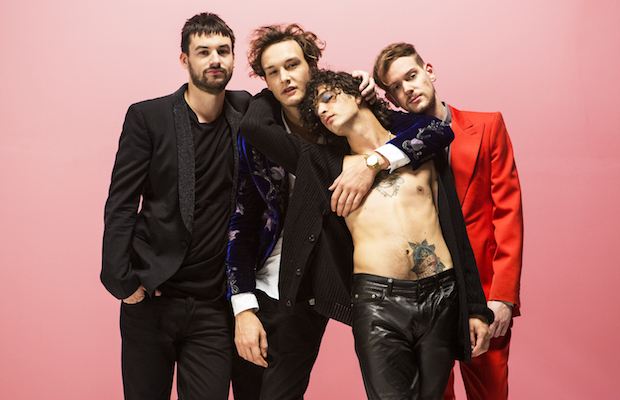 One of the biggest breakout success stories of the last several years, English alt/indie pop rockers The 1975 have, so far, only made it to Music City once, for a 2014 performance at Marathon Music Works (originally slated for Exit/In) amidst a whirlwind of buzz fueled by their eponymous debut LP. Since then, the group, who actually began in 2002 as teens (operating relatively under the radar and under different names until about 2012), have only become a more dominant force in popular music, and their highly-anticipated sophomore effort, I like it when you sleep, for you are so beautiful yet so unaware of it, arrived earlier this year to critical and commercial acclaim. Continuing to tour relentlessly in support, the band have just announced a fall run of North American dates, which will finally return them to Nashville for a Nov. 21 performance at Municipal Auditorium, likely an indication of LiveNation’s newfound control of the under-utilized downtown venue. Tickets details are still forthcoming, but you can sign up for the group’s mailing list to gain pre-sale access on Wednesday.