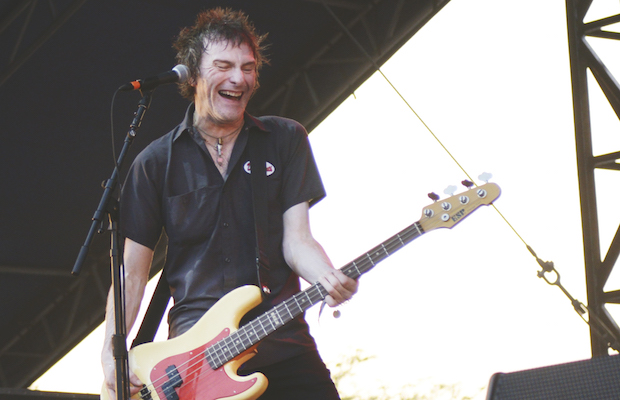 The Replacements at Forecastle 2014. Photo by Mary-Beth Blankenship.

Best known as the bassist and founding member of seminal ’80s punk/alternative group The Replacements (who reconvened in 2013, only to split once more last year), as well as for his 18 year tenure in Guns N’ Roses (which recently ended amicably to make way for their current classic lineup reunion), Tommy Stinson is inarguably a rock and roll legend. Between the ‘Mats and GnR, Tommy fronted two lesser known ’90s groups, Bash and Pop, and Perfect, and has been flirting with solo material, as well as contributing to groups like Soul Asylum and Old 97’s, since the mid ’00s. A talented frontman and songwriter in his own right, Stinson’s solo debut LP, Village Gorilla Head, made a splash in 2004, and his 2011 followup, One Man Mutiny, further honed his style. Currently celebrating a new 7″, and backed by a band he’s calling his Cowboys in the Campfire, Tommy is set to play Fond Object on Aug. 1, along with Frankie Lee and Chip Roberts. We shouldn’t have to tell you how epic it will be to see an important member of rock history play a backyard show, but if you need any additional convincing, it’s just $10 and includes free beer.