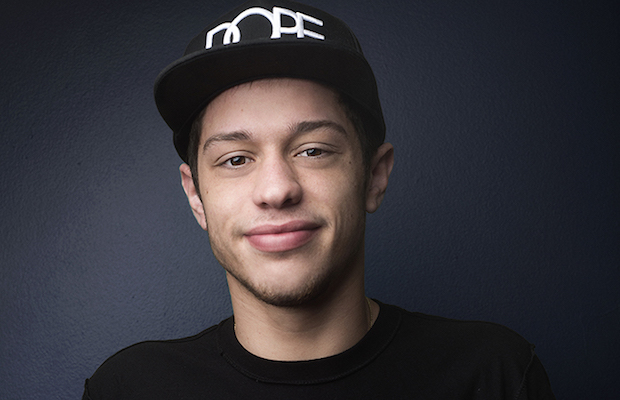 Best known for being a cast member on famed comedic institution Saturday Night Live, 22 year-old actor and standup comedian Pete Davidson stands as the youngest current member of the show’s roster, and the fourth youngest ever in its more than 40 year history. After a lifelong love of comedy, Pete, a Staten Island native, began performing standup on a whim in high school, eventually leading to appearances on Guy Code and Wild ‘N Out on MTV, Adam Devine’s House Party, Comedy Underground with Dave Attell, and Gotham Comedy Live on Comedy Central, a guest part on Brooklyn Nine-Nine, and an set on Jimmy Kimmel Live, all before he could legally drink. It was a small role in the film Trainwreck, however, that brought him the the attention of SNL veteran Bill Hader, who set up an audition with Lorne Michaels, unexpectedly landing Davidson a spot on the show’s 40th season in 2014. Since then, Pete’s won over audiences with his stoner, confessional, youth perspective and laid back, New York-bred sensibilities, and has boosted his presence with outside appearances like the Comedy Central Roast of Justin Bieber. Though he feels most comfortable and has the most experience in the standup world, Davidson has largely remained a regional performer, but will kick off his first ever U.S. standup tour this summer with his Bonnaroo sets.