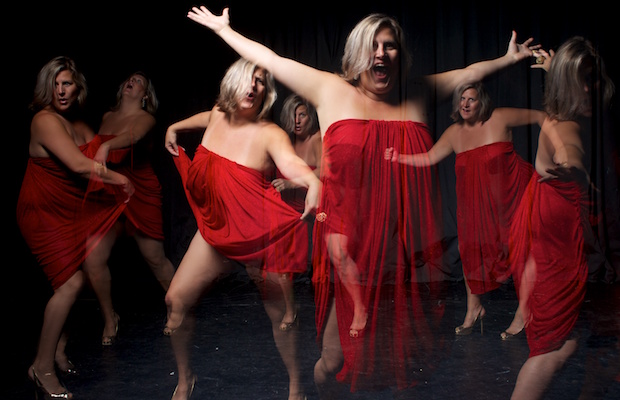 Comedian and actress Bridget Everett‘s performance style, while it certainly contains some elements of standup, could be be described as provocative alt-cabaret, complete with hilarious, edgy, and sexualized song and performance numbers and boundary-pushing crowd work. Born in Kansas and based in New York, Everett has also found a successful career in acting, appearing in Sex and the City, Girls, Inside Amy Schumer, Trainwreck, Lady Dynamite, Difficult People, 2 Broke Girls, and more. Live, she’s made appearances at Just For Laughs, SF Sketchfest, FunFunFun Fest, The New York Comedy Festival, The Adelaide International Cabaret Festival, Outside Lands, and countless other events, and her band Bridget Everett & The Tender Moments, has toured the country, featuring the Beastie Boys’ Ad-Rock and The Julie Ruin’s Carmine Covelli, plus guests like Fred Armisen, Patti LuPone, Flea, and tons more. Musical, theatrical, edgy, and hilarious, Everett bridges the gap between Bonnaroo’s music and comedy scenes, and her unpredictable, sexed-up show is sure to be a festival highlight.