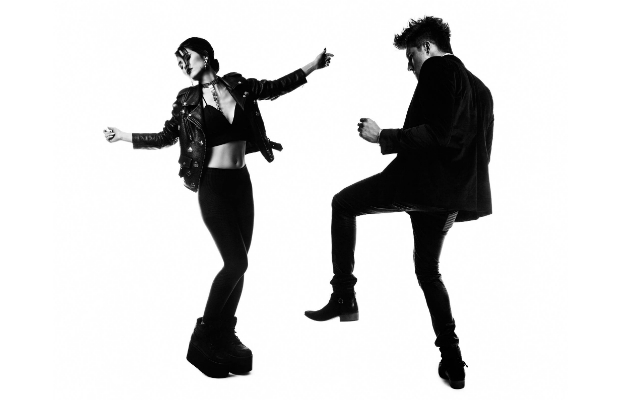 Alt-pop duo POWERS may be a new name to you, but those in the music business have known about the songwriters behind the project for far longer.  Mike Del Rio has had his fingers deep into the pop scene for years now, penning and producing tracks for artists like Rihanna, Imagine Dragons, Selena Gomez, Kylie Minogue, Cee Lo Green, and X Ambassadors.  Similarly, his colleague Crista Ru has penned tracks for Gomez as well as Icona Pop.  The two finally joined forces to in 2015 to create POWERS, and the world appears to be listening.

They first dropped the single “Gimme Some” to immediate acclaim, but it was their total banger, “Beat Of My Drum,” that really caught the attention of the blogosphere.  The single raced up Hype Machine, and has accumulated over 21 million listens to date on Spotify.  Given the perfect radio ready summer singles already in the bag on their debut EP Legendary, sets at Bonnaroo, Hang Out, and Firefly should only push those numbers higher.  POWERS have all the key elements to take the pop scene by storm this year, so swing by the Who Stage on Friday night to see what all the commotion is about.