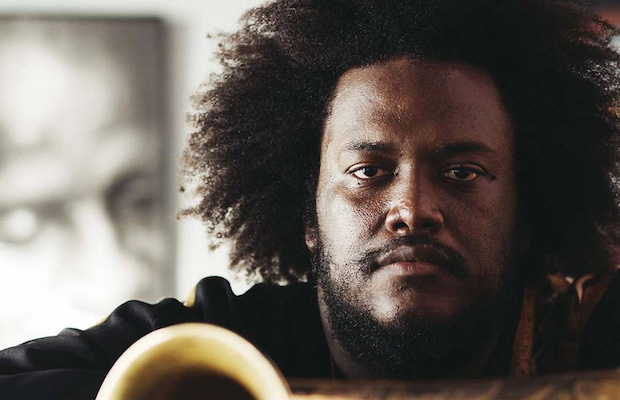 In festival lineups that are largely dominated by indie rock, electro pop, and DJs, Kamasi Washington may just be the most welcome breath of fresh air in this year’s Bonnaroo lineup.  The tenor sax wizard got his start in his hometown of Los Angeles, studying at UCLA’s acclaimed Department of Ethnomusicology where he worked alongside jazz greats including Kenny Burrell, Billy Higgins, and Gerald Wilson.  He released his first record, Young Jazz Giants, in 2004, and quickly found work with the who’s who of the jazz world (Wayne Shorter, Herbie Hancock) and beyond (Nas, Snoop Dogg, Chaka Khan, Flying Lotus).  He likely received his greatest accolades as the saxophonist on Kendrick Lamar’s grammy winning, platinum selling opus To Pimp A Butterfly.  Washington followed this up with his well received three hour long masterpiece, The Epic, in May 2015.

Seen as a jazz revivalist, Washington has been gaining traction with spots on numerous festival lineups this year.  He kicked things off with a performance at Big Ears, and will surely find new fans at Coachella and Bonnaroo this year before spending most of the summer touring the more jazz refined European Union countries.  Washington is a positive sign for a genre that really needed a shot in the arm, and will be a must see at Bonnaroo this year.  Get in the know with his take of the jazz standard “Cherokee” and a live performance of the opening track, “Change Of The Guard,” from The Epic below.

WATCH | “Change Of The Guard” (Live from Jazz Night in America)