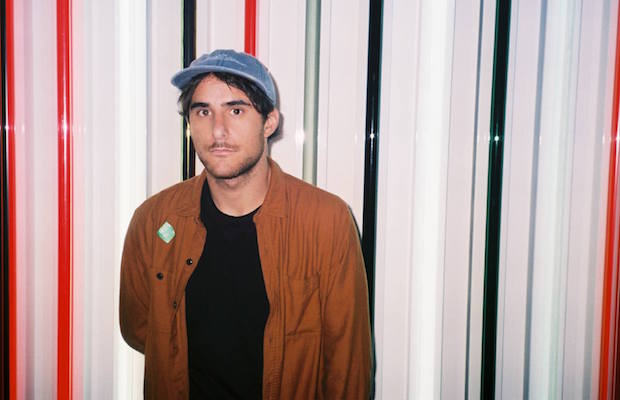 We’ve been hip to HalfNoise, the ambient, indie, electro rock project of former Paramore drummer Zac Farro since just about day one, and it’s been amazing to watch Farro really come into his own as a songwriter and performer over the past several years, first with his debut EP, then incredible full-length, Volcano Crowe. A resident of Music City, originally raised in Franklin, Farro is a frequent collaborator with friends of the site like Paper Route and Canon Blue, and, while he’s limited his HalfNoise outings to one or two local shows a year, he’s never ceased to wow us each and every time, bringing to life his sweeping tunes with energetic live sets and a full backing band. For his first Music City show of the year, this Saturday, April 16 at The End, HalfNoise will be joined by site faves The Gills and either Josh Elrod or Stilts (we’re seeing one on the poster and one on the venue calendar; show up early and be surprised), all for just $7! HalfNoise has been hard at work on new tunes, so expect an early preview of his latest work. Read on for details!

Pretty much everything you ever needed to know about HalfNoise, we covered in last summer’s episode of our No Country For New Nashville Podcast, which you can listen to right here. If you don’t have a spare hour to kill, however, here are the cliff notes: HalfNoise began in 2010 as the solo musical vehicle of singer, songwriter, and multi-instrumentalist Zac Farro, following his exit from Paramore, for which he served as drummer and founding member from 2004-2010. Combining elements of ambient, indie rock, electronics, lush orchestration, and sweeping, experimental instrumentation, HalfNoise was brought to life with the assistance of producer and arranger Daniel James (Canon Blue), and released a self-titled debut EP in 2012. Following an extended period of time spent writing and recording in New Zealand, Farro settled even more confidently into his own as a songwriter on the project’s debut full-length, Volcano Crowe, released in the fall of 2014. Already plotting material, HalfNoise employed the help of producer Joel Little (Lorde) last year for an infectious and extraordinarily poppy one-off single, “Inside,” and has been hard at work on a new album in recent months on the west coast. We’re not sure exactly when to expect new music, but you’ll likely hear more from HalfNoise by the year’s end, and if you catch him in concert this weekend, you’ll certainly get a sneak peak.

Originally from Pensacola, FL, The Gills have been Nashville based for several years now, and have been on our radar for just as long. They made a strong impression with 2012’s Motor Running, and seem to be drifting in a grittier, more alternative direction than their previous pop rock sound, if their latest batch of track any indication. The group’s debut, eponymous full-length is due out in April 29, and we have no doubt it’ll be one of the best local releases of the year. There’s sure to be plenty of new tunes on full display, so catch ’em while they’re hot!