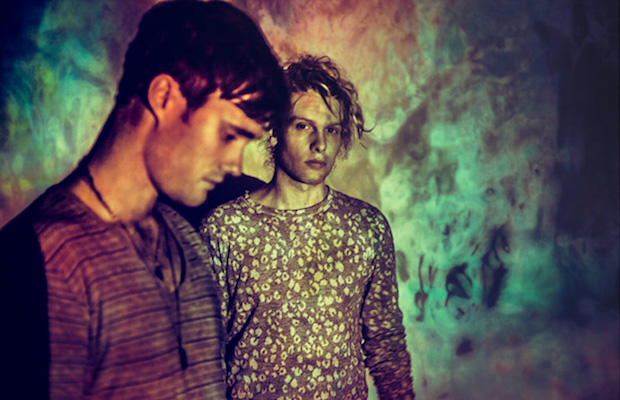 Upstart electronic duo Bob Moses consists of Vancouver bred Jimmy Vallance and Tom Howe, but, despite being high school acquaintances, their musical journey began years later in a chance encounter in a New York parking lot.  The two teamed up to put together their debut EP, Hands To Hold, in 2012, which was released on boutique label Scissor & Thread.  After a second EP was released in 2014, they caught the attention of Domino Records, and the publicity wheels started turning.  They dropped one more EP and a compilation album under Domino before dropping their highly acclaimed debut full length, Days Gone By, in late 2015, which features breakout hits like “Tearing Me Up” and “Too Much Is Never Enough.”

Vallance is the product of a musical family and a Berklee Music School grad, who found a place in the New York electronica scene.  Howe spent his time as a singer-songwriter before the chance encounter and birth of Bob Moses. The combination of their backgrounds creates a downtempo, deep house electronica backbone with emotive vocals and organic instrumentation that is a refreshing twist in melding the direction of modern music, and it is showing with their packed summer touring schedule.  They are sure to see an explosion of fans with the summer festivals, including Bonnaroo, Coachella, and Moogfest.  If you are a fan of Sylvan Esso, Glass Animals, or Alt-J, these guys are a must see on your Roo schedule.

LISTEN | “Too Much Is Never Enough”

WATCH | “Tearing Me Up” (Official Video)

No Country's Guide to Record Store Day 2016: Where to Go, Who to Watch, What to Buy