Bonnaroo Band of the Day: The Oh Hellos 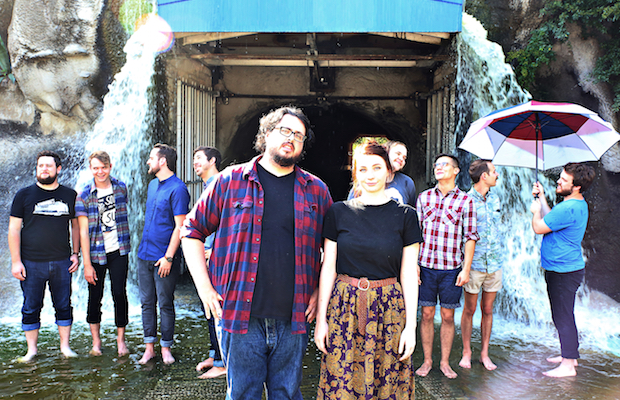 In 2011, Texas-based brother and sister Maggie and Tyler Heath joined forces to write their mother a song for her birthday. The project went so well that it lead them to independently release an EP together later that year, using the band name The Oh Hellos. The four-track recording featured the song “Hello My Old Heart,” which quickly earned streams and buzz across the blogosphere. The next year, they released their debut album, Through the Deep, Dark Valley, a dark and reflective project that was recorded, mixed and mastered by the Heaths. The album presented them as an inspiring pair of songwriters who knew how to masterfully convey emotion through acoustic instruments and soaring harmonies.

After spending months on the road and releasing a Christmas themed EP in 2013, the Oh Hellos headed back into the studio. The result was their sophomore full-length album, Dear Wormwood, which features a storyline partially inspired by the writings of C.S. Lewis. Thanks to the help of their rotating band, which can include up to thirteen additional players, their sound varies from lush and orchestral to sparse and acoustic. If you get the chance to hear their incredible live set at Bonnaroo this year, you’ll leave with a lot of new favorite songs and a lot of respect for these talented siblings.