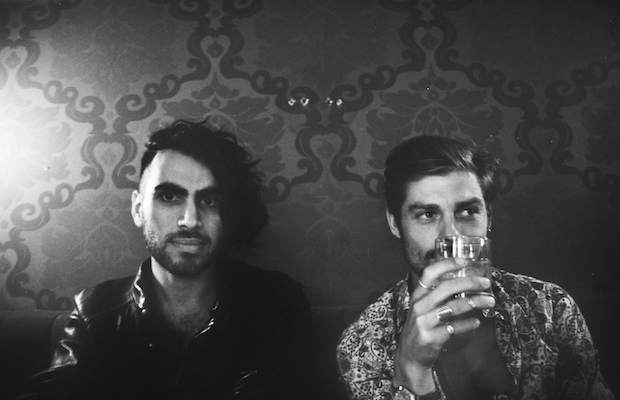 Formed by happenstance in London in 2012, Whilk & Misky met at a diner in London, and became fast friends with their musical bond.  Raised in two separate universes, Nima (Whilk), an Iranian who grew up in Dubai, became obsessed with avant garde electronica, while Charlie (Misky) grew up in England with an upbringing steeped in early rock and roll.  With Misky’s raspy voice and twangy guitar over Whilk’s intricate beats, they created a sound that is truly unique, and found themselves courted by major labels with only a few demos under their belt.  Whilk & Misky have found a home at Island Records, and released a debut EP to significant critical acclaim, with a full length set to be announced at any minute.

Riding high on a jazz and folk influenced take on electronica (ala Sylvan Esso & Alt-J), the future appears to be bright for Whilk & Misky, and millions of plays on social media platforms confirms that the world is catching on.  While we are unsure of the time of Whilk & Misky’s set, we are sure that with one listen below, you’ll be circling this exciting up and coming act on your schedule.