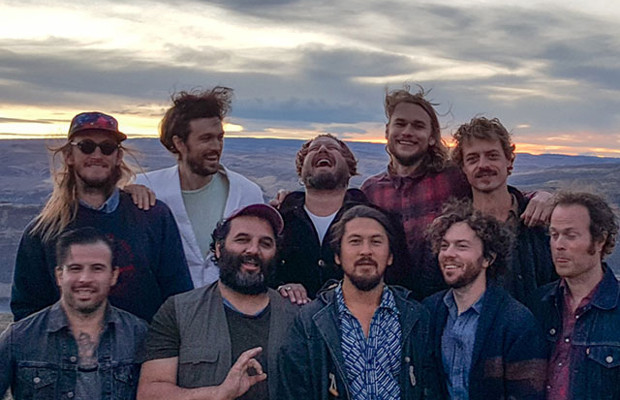 Folk pop ensemble Edward Sharpe & The Magnetic Zeros are taking their whimsical psychedelic sound underground. On May 30, the 10-piece band will make their way to the Cumberland Caverns’ Volcano Room (the same place where they host Bluegrass Underground) in McMinnville, TN to perform for their special Live From the Underground concert series. It’s about a two-hour trek by car from Nashville, but it will definitely be worth the wait. General admission tickets start at $37.50 and will go on sale Thursday, March 17 at 12 p.m. CDT here.

Since bursting onto the scene with their debut album and addictive hit single “Home,” the group have gone through a bit of a transitional period. After the sudden departure of singer Jade Castrinos, the band focused their sights on creating a new LP with a more evolved sound. You can scope out their new vibe by watching their brand new video for “No Love Like Yours,” directed by Olivia Wilde and shot entirely on a iPhone.