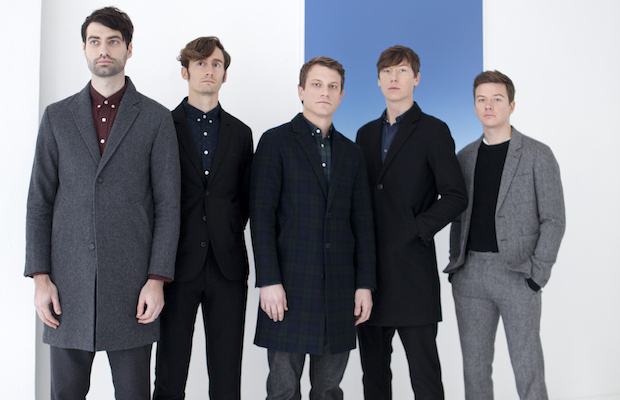 Despite passing through twice last year in supporting slots, we haven’t seen a headlining show from Seattle’s Hey Marseilles since 2013. Back then, the band were still making waves for their indie folk informed flavor of chamber pop. Tonight, Feb. 17, however, the group return to Nashville to play Exit/In with buzzy up and comers Bad Bad Hats, and they’re bringing with them a revamped approach, more traditional hook-driven indie rock, and whole new energy, thanks to their fantastic self-titled third album. We’ve long been fans of Hey Marseilles, and it feels like there’s never been a better time to see them. Grab tickets here, and read on for a full preview!

Nearly a decade into their career, Seattle’s Hey Marseilles have decided to make a gusty artistic choice, and radically retool their sound, culminating in their most ambitious, and arguably best album to date; a self-titled effort that arrived earlier this month. Formerly characterized by their poppy, indie folk tendencies and unorthodox instrumentation, flirting with chamber pop and consistently incorporating strings, Hey Marseilles, with the help of super producer Anthony Kilhoffe (best known for working with acts like Kanye West, Jay-Z, and John Legend), have embraced their knack for writing hooks, and have gravitated towards a punchier, more concise, and more wholly focused flavor of what they’ve spend a number of years and countless nights on the road crafting. Known for their engaging and eclectic live show, the band, now a five-piece (down from at least seven members at one point), are one of the indie world’s best-kept secrets, but their ascent into mainstream recognition seems only a matter of time. If you’re late checking them out, consider this chapter of the band’s career a reintroduction, and come see what you’re missing tonight at Exit/In!

Hailing from Minnesota, indie rock trio Bad Bad Hats are a perfect compliment to Hey Marseilles’ more straightforward rock tendencies. The young band made a splash with their debut EP in 2013, and settled into their sound last year with their first full-length, Psychic Reader. Already a mainstay in the midwest rock scene, Bad Band Hats will follow up this run by supporting Third Eye Blind on the road all spring. Sounds like a pretty exciting time to get acquainted with this buzzworthy band!