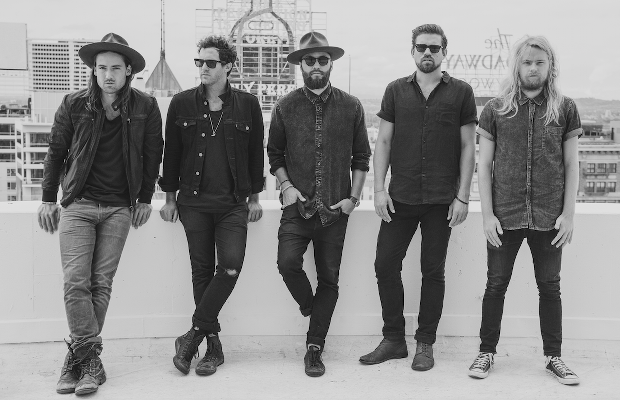 Alternative rockers Grizfolk and Knox Hamilton are headed to The High Watt tonight, Feb. 16! Both bands are touring in support of stellar new releases, which feature a unique mix of indie rock and electronica. This killer combo is bound to make for a high energy live show, so get there early and dance off your mid-week stress. Get your tickets in advance for just $12, then click below more to learn about the bands!

Alt-rock five-piece Grizfolk, formerly known as Griz Adams, are a unique union of two Swedish producers and three LA rockers. Their fusion of electronica and pop rock features synth with catchy beats and lyrics you just can’t get out of your head. The group toured extensively with Bastille before they released their first EP back in February 2015. Soon after, their catchy single “Troublemaker” began climbing the charts and rushed in the release of their brand new full-length album, Waking Up the Giants. Hear their rich harmonies and catchy hooks displayed on “The Struggle” below and get ready to dance tonight.

Knox Hamilton is a Little Rock indie band on the rise. Their sound is synth-heavy and full of dance beats that culminates into incredibly catchy rock, which is reminiscent of St. Lucia and Bad Suns. They garnered national attention with their 2015 hit “Work It Out,” which earned them slots at Bonnaroo, Hangout Fest, and Forecastle last year. Just last month, they released a brand new EP, How’s Your Mind, which has spurred their second career visit to Cannery Row. Hear “Work It Out” below and catch them tonight; it’s guaranteed to be a fun show.