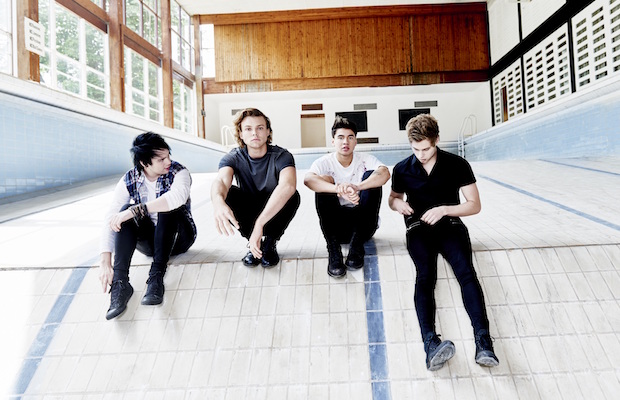 Australian pop punk group (and current Rolling Stone cover stars) 5 Seconds of Summer have had a massive couple of years, thanks, in no small part, to their associations with mega boyband One Direction (an association which also often leads 5SOS to be labeled a boyband themselves, despite writing songs and playing instruments and taking influence from groups that would more often be called pop punk). Still riding the waves of success of their massive sophomore effort, Sounds Good Feels Good, the band dropped a new music video for their latest single, “Jet Black Heart,” over the holidays. A bit more serious than previous efforts, the track showcases the young rockers’ ability to adopt more mature musical themes, and could be a definite glimpse into their staying-power. Watch below, and grab tickets to 5 Seconds of Summer’s debut local headliner (following a support slot last year with One Direction at LP Field), July 23 at Bridgestone Arena, right here.