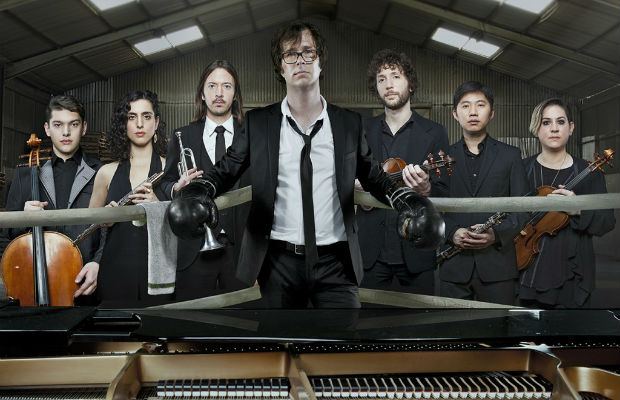 Acclaimed local singer-songwriter, composer, and RCA Studio A owner Ben Folds has really been branching out in recent years, experimenting with more orchestral rooted works, concertos, and symphonic collaborations, a far-cry from his typical brand of piano pop and rock and roll tunes. Lately, he’s been collaborating with Brooklyn-based classical ensemble yMusic, with whom he crafted a critically acclaimed new chamber pop album, So There, released earlier this fall. Folds and his new backing players of choice have just announced an extensive North American tour, which lands them at The Ryman Auditorium on April 24. Between Bonaroo, Live on the Green, an even a recent Grimey’s signing, there’s been no shortage of chances to see Ben lately, but this marks his first Ryman outing in more than three years, and the nature of his latest material just begs to be experienced in such a space. Dotan will open, and tickets go on sale this Friday, Dec. 11 at 10 a.m. CST right here, with various pre-sales beginning Dec. 9.